DUBLIN -Ireland will allow nightclubs to reopen for the first time since March 2020 but stepped back on Tuesday from plans to drop almost all COVID-19 restrictions in response to a rise in infections in one of the world’s most vaccinated countries.

After imposing one of Europe’s toughest lockdown regimes, the government had hoped to lift most curbs this week including the need for physical distancing and requirement for vaccine certificates in bars and restaurants.

Those measures will instead be extended until February, as will a requirement that bars and restaurants operate table service only. Those attending nightclubs must wear facemasks except when eating, drinking and dancing.

The limiting of music venues to fully seated shows drew an angry response. Promoters have organised and sold out numerous concerts over the coming weeks on the basis of advice last month that restrictions on venues would be lifted from this week.

“What a shambles of a government. Three days before shows. Feel sick, can only imagine the devastation out there today in our sector,” Shane Dunne, a promoter and managing director of the Indiependence festival, said on Twitter.

With hospitalisations ticking up, though still far below peaks this year and last, the government also approved the extension of its vaccine booster campaign to all people aged 60 and over.

While Ireland’s domestic economy has recovered rapidly this year, the government is still subsidising the wages of one-in-eight workers in firms hardest hit by lockdown, on top of the 10% of people who are temporarily or permanently unemployed.

(Reporting by Padraic Halpin;Editing by Alison Williams and Nick Macfie) 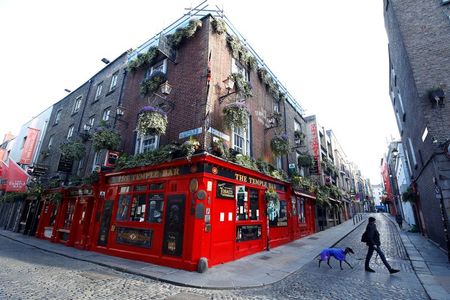