ATHENS -Beijing 2022 Winter Olympics organisers on Tuesday received the Olympic flame at a heavily-guarded Panathenaic stadium in central Athens as human rights activists called on a boycott of the Games over China’s human rights record.

In a brief ceremony inside the empty stadium that hosted the first modern Olympics in 1896, Beijing Games vice president Yu Zaiqing fired up a small red lantern from the flame lit on Sunday in ancient Olympia, site of the ancient Games.

The lantern will arrive in the Chinese capital on Wednesday, kicking off a domestic torch relay that ends with the Games opening ceremony on Feb. 4 as Beijing becomes the first city to host both Summer and Winter Olympics.

“As a symbol of the Olympic spirit, the Olympic flame will travel to the Great Wall and across other parts of China, bringing with it the light of peace and friendship,” Yu said.

“Let us meet at the rendezvous of ice and snow; let us run towards a shared, brighter future. We look forward to meeting you in Beijing for the 2022 Olympic Winter Games.”

Greek police had cut off access to the stadium hours before and surrounded it with a large number of security personnel for fear of more protests, after Tibetan activists broke through a police cordon in ancient Olympia to demonstrate just as the flame was lit.

They unfurled a banner reading “No Genocide Games” and a Tibetan flag metres away from where the torch was lit and with officials, including Greece’s President of the Republic, looking on.

In a news conference in Athens earlier on Tuesday, human rights activists had urged governments and athletes worldwide to boycott the Beijing Games, saying that anything less would make the world complicit in tolerating what they called “genocide” by Beijing.

There have been a number of protests in Greece in the past three days, including one on the Acropolis monument with a “Free Hong Kong” banner that led to the arrest of two people. More people were detained in Olympia.

Rights groups and U.S. lawmakers have repeatedly called on the International Olympic Committee (IOC) to postpone the Games and relocate the event unless China ends what the United States deems ongoing genocide against Uyghurs and other Muslim minority groups.

“We are in Athens to tell the international community that the Olympic Games are being handed over to a country actively committing a genocide,” Uyghur-Canadian activist Zumretay Arkin told a news conference.

Chinese authorities have been accused of facilitating forced labour by detaining around a million Uyghurs and other primarily Muslim minorities in camps since 2016. 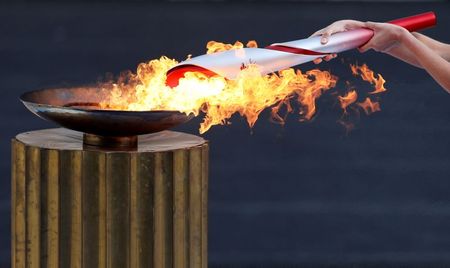 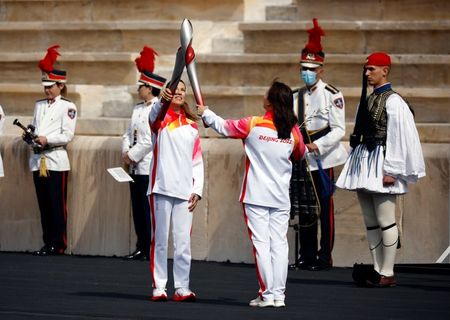 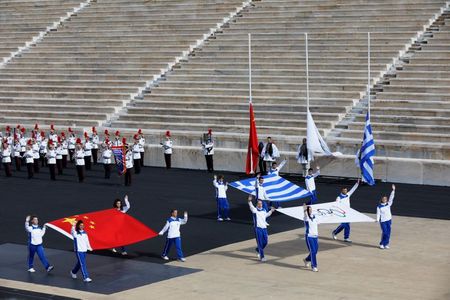 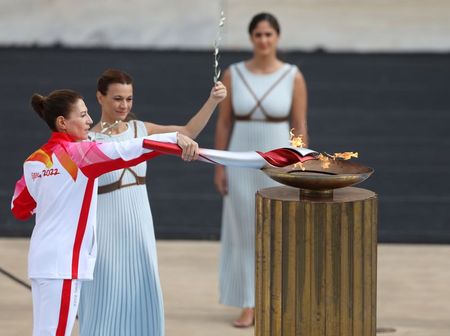 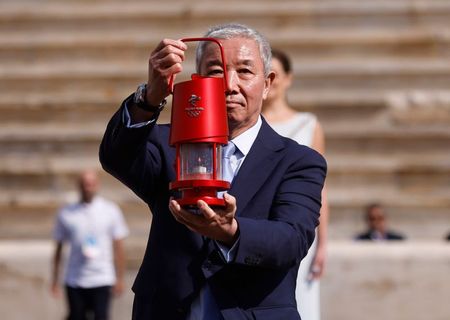