– Veteran Olympians for the United States denounced China’s track record on human rights this week but stopped short of endorsing a boycott of Beijing 2022, with the Winter Games quickly approaching.

Rights groups and U.S. lawmakers have called on the International Olympic Committee (IOC) to postpone the 2022 Games and relocate the event unless China ends what the United States deems an ongoing genocide against Uyghurs and other Muslim minority groups.

The United States Olympic and Paralympic Committee (USOPC) said on Tuesday it would prioritise educating its athletes on global issues ahead of the Games, where some could face questions on China’s human right record.

At the USOPC media summit this week, however, athletes were already part of the conversation.

“Athletes have a voice and why not use them,” two-time Olympic luger Tucker West told reporters Tuesday. “Every human deserves to be treated equally with respect and dignity and fairness – you know, I’ll kind of leave it at that.

“Regarding the boycott: It’s not my job to decide where the Olympics are.”

“It’s terrible – it’s awful. And I don’t think any athlete would be in support of that,” Bates said, adding that celebrating “what the Olympic movement stands for” was important.

“I have no problem speaking for the athletes and saying that what’s happening there is terrible and we’re human beings too and when we read and hear about the things that are happening there, we absolutely hate that. We hate what’s going on there.”

The USOPC on Monday refused to be drawn into the debate, as Chief Executive Sarah Hirshland drove home a message that Olympic boycotts essentially harm athletes and do very little to impact problems in host countries.

But the topic remained front-and-center as Beijing Olympics organisers received the Olympic flame on Tuesday in Athens while human rights activists called for a boycott.

“For a greater change to occur there must be power that is beyond the Olympics. It has to be change at a remarkable scale,” said figure skater Nathan Chen, who picked up a bronze medal in the team event at the Pyeongchang Games.

“However, the fact that people are talking about this issue, and the Olympics are bringing it to light is already a step in the right direction.” 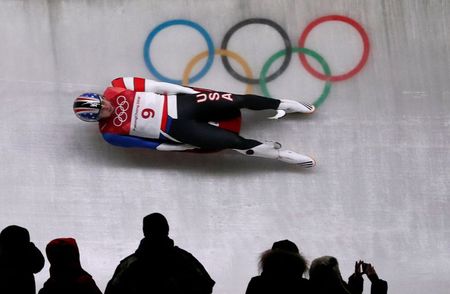