By Jan Strupczewski and Philip Blenkinsop

BRUSSELS/LUXEMBOURG -Poland’s prime minister came under repeated criticism during a tense debate in the European Parliament on Tuesday, with the EU’s chief executive telling Warsaw that its challenge to the supremacy of EU law would not go unpunished.

Poland’s relations with the European Union, already badly strained, took a big knock last week when its Constitutional Tribunal ruled that elements of EU law were incompatible with the Polish constitution.

“Your arguments are not getting better. You’re just escaping the debate,” said European Commission President Ursula von der Leyen, visibly exasperated with Poland’s Mateusz Morawiecki after more than four hours of back-and-forth in the chamber.

Von der Leyen described the Polish tribunal’s ruling as “a direct challenge to the unity of the European legal order”.

She laid out three options for a response to the Polish court’s attack on the primacy of EU law, ranging from legal action to a cut in funding and suspension of voting rights.

European Justice Commissioner Didier Reynders, speaking after a meeting of EU ministers, said the Commission would start “written procedures” against Poland in the coming weeks, adding that he planned to visit Warsaw for talks.

EU leaders are expected to discuss the issue at a summit in Brussels on Thursday. EU diplomats said a large majority of EU countries were critical of Poland, though Hungary defended it.

Brussels has long accused the Polish government of undermining the independence of its judiciary, but last week’s court ruling turned a stand-off into a full-blown crisis, raising fears that Poland could eventually exit the bloc.

Poland’s ruling nationalist Law and Justice party says it has no plans for a “Polexit” and – unlike Britain before its Brexit referendum in 2016 – popular support for EU membership remains high in Poland.

In an open letter sent before his appearance at the EU assembly in the French city of Strasbourg, Morawiecki complained of EU mission creep that would lead to a “centrally managed organism, governed by institutions deprived of democratic control”.

He doubled down on that view in the parliament debate on Tuesday.

“EU competencies have clear boundaries, we must not remain silent when those boundaries are breached,” he said. “So we are saying yes to European universalism, but we say no to European centralism.”

The first option for action outlined by von der Leyen is known as an “infringement”, where the Commission legally challenges the Polish court’s judgment and could lead to fines.

Another option is a conditionality mechanism and other financial tools, whereby EU funds would be withheld from Poland.

Until Warsaw’s clash with Brussels is resolved, it is unlikely to see any of the 23.9 billion euros in grants and 12.1 billion in cheap loans that it applied for as part of the EU’s recovery fund after the COVID-19 pandemic.

The EU could even eventually block Polish access to EU grants for development and structural projects in the 2021-2027 budget worth around 70 billion euros.

Von der Leyen said a third option was the application of Article 7 of the EU treaty. Under this, rights of member states – including the right to vote on EU decisions – can be suspended because they have breached core values of the bloc.

Members of the EU parliament took turns to castigate the Polish premier after he spoke, and some EU ministers meeting in Luxembourg joined the chorus of criticism.

“The time for talking is never over, but it doesn’t mean that you cannot take action in the meantime,” Dutch Foreign Minister Ben Knapen said. “It’s going to come soon.” 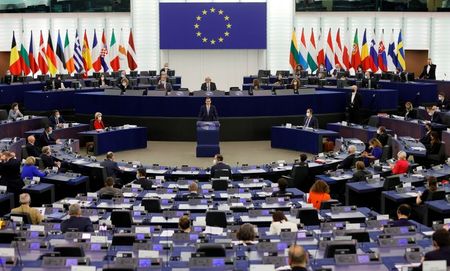 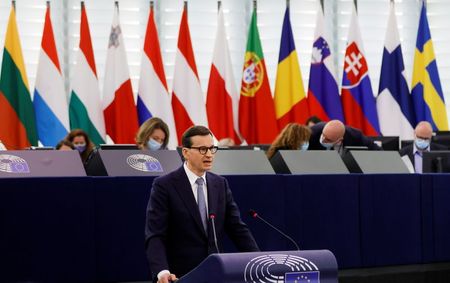 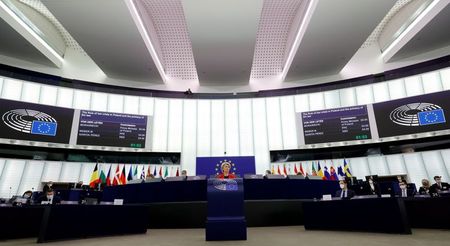 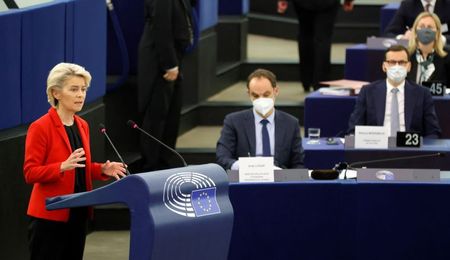 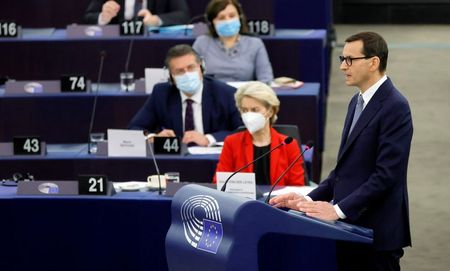