– Stalwart lock Sam Whitelock will take over the New Zealand captaincy ahead of the Northern Tour, assistant coach John Plumtree told reporters on Tuesday, days ahead of a test match against the United States.

The Saturday clash in Washington, D.C., designed to grow interest in the sport among Americans, marks his return after paternity leave and subsequent quarantine issues kept him off the pitch, with loose forward Ardie Savea having been previously at the helm.

“Ardie’s been recognised for the great job he did in Australia, winning the rugby championship, his style of leadership was fantastic but it’s also great to have Sam come in, his experience,” said Plumtree. “We think it’s good for the team now that Sam takes over.”

In a statement posted to the team website, Whitelock said he was eager to get back in the game.

“I just want to get out there and get into it. It’s been a long time, with a couple of false starts for me to get back with the team, but that just makes it so much more special when you do get here,” he said.

Plumtree told reporters the marathon travel to the United States had done little to dampen the enthusiasm among the All Blacks players, many of whom were eager to take in the sights of the American capital city.

“I think quite a few people are pretty excited about it, go and have a look around,” said Plumtree. “We’ve got this whole (lot of) monuments and museums and things to look at.”

The Oct. 23 match marks the start of a run of five tests in consecutive weeks for the All Blacks with Wales, Italy, Ireland and France their other opponents.

The trip kicked off on a sombre note, however, after Maori All Blacks back and Chiefs player Sean Wainui died aged 25 in a car accident on Monday.


“The passing of Sean Wainui has been really hard on the team – hit us pretty hard,” said Plumtree, adding that members of the Chiefs team organised a remembrance for their team mate the night prior.

“Everyone came. They told some personal stories about what a fantastic person Sean was to them.” 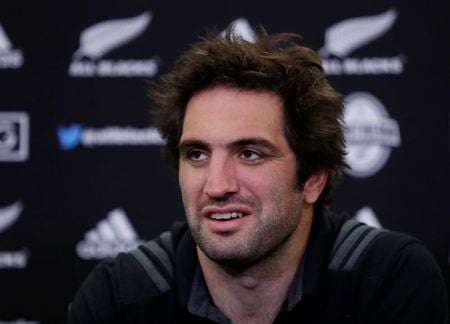