By Matthias Williams and Pavel Polityuk

KYIV -U.S. Secretary Of Defence Lloyd Austin said on Tuesday Russia was the obstacle to peace in eastern Ukraine and had no right to veto Ukraine’s aspirations to join NATO.

During a visit to Kyiv, at a time when Russia’s relations with the West are at post-Cold War lows, Austin said Ukraine must be able to decide its own foreign policy and warned Moscow to halt cyberattacks against the United States and its allies.

Ukrainian troops have been fighting Russian-backed forces in the eastern Donbass region in a conflict that began in 2014, soon after Russia seized the Crimea peninsula from Ukraine.

“Let’s be clear, that Russia started this war and Russia is the obstacle to a peaceful resolution,” Austin told a news briefing alongside Ukrainian Defence Minister Andrii Taran.

“So we again call on Russia to end its occupation of Crimea, to stop perpetuating the war in eastern Ukraine, to end its destabilising activities in the Black Sea and along Ukraine’s borders, and to halt its persistent cyber attacks and other malign activities against the United States and our allies and partners.”

Moscow denies having troops in eastern Ukraine or sending troops and military hardware to prop up two proxy separatist governments in Donbass. It blames Kyiv for the lack of progress towards peace and denies carrying out cyberattacks.

The United States has been Ukraine’s most powerful backer since Russia’s annexation of Crimea and the outbreak of the conflict in eastern Ukraine, which Kyiv says has killed 14,000 people.

But Ukraine has been frustrated by its slow progress towards NATO membership, especially after a border standoff with Russian troops this year. Washington has urged Kyiv to implement reforms in the defence sector to become eligible.

Russia said on Monday it was halting the activities of its diplomatic mission to NATO after the Western military alliance expelled eight Russians it accused of spying.

The Kremlin also warned last month that any expansion of NATO military infrastructure in Ukraine would cross one of President Vladimir Putin’s “red lines”.

Austin said “no third country has a veto over NATO’s membership decisions.”

“Ukraine, as you heard me say earlier, has a right to decide its own future foreign policy and we expect that they will be able to do that without any outside interference,” he said. 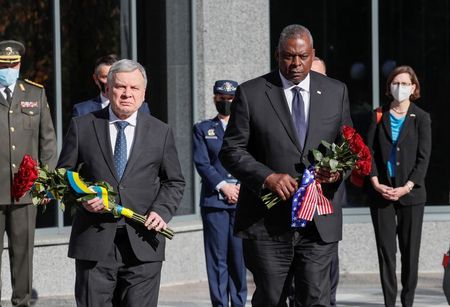 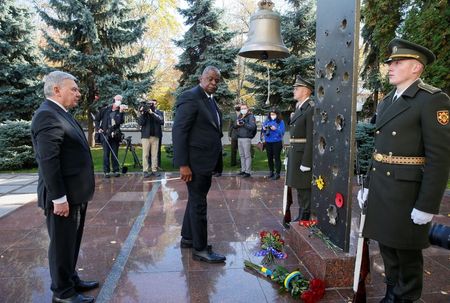 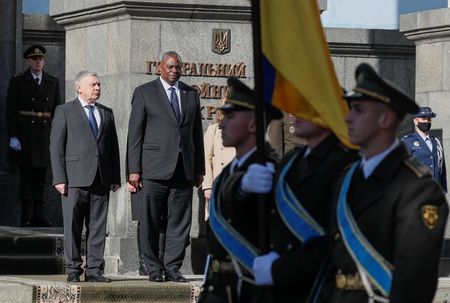 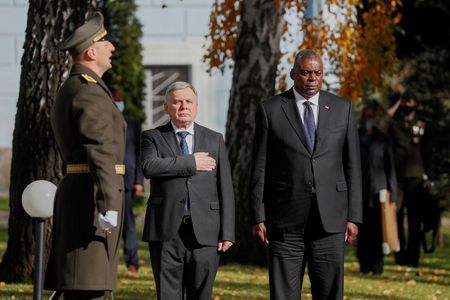 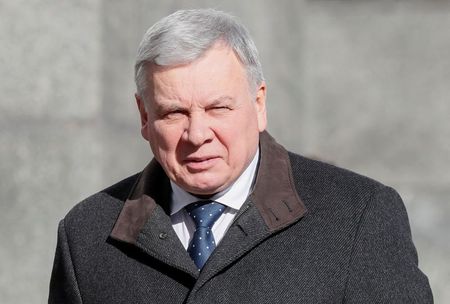