The Serie A club’s owner was appealing against a 12-month ban handed to him by the Italian Football Federation (FIGC) appeal court in April.

A FIGC statement said that the latest hearing resulted in a two-month ban for Lotito, five-month bans for Lazio doctors Ivo Pulcini and Fabio Rodia, and a 50,000 euro ($58,230) fine for the club.

The punishment comes after a FIGC investigation opened in November 2020 over potential violations of protocols regarding COVID-19 testing.

The FIGC charged Lazio with violations including failing to promptly report positive cases to local health authorities, failing to stop three players from attending a training session after receiving positive tests, and twice failing to enforce a mandatory 10-day isolation period on an asymptomatic player, who subsequently featured in a Serie A match.

Lazio denied wrongdoing and said “we trust in sporting justice”, beginning a protracted series of hearings.

Lotito was originally banned for seven months by a national federal court in March, but the punishment was increased to 12 months in April. 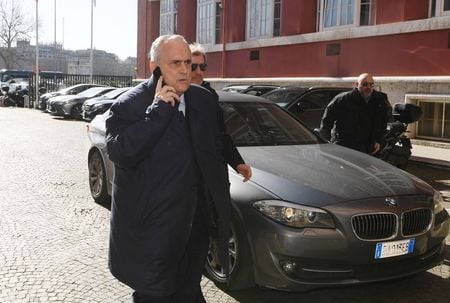