MADRID -Liverpool’s Mohamed Salah netted a double, including the winner, as they secured a 3-2 victory over Atletico Madrid, whose forward Antoine Griezmann also scored twice but was sent off in a gripping Champions League clash on Tuesday.

Salah fired home the winner from the spot after Griezmann had seen red for a dangerous high boot, but the action was not over in a compelling encounter, with Atletico awarded a penalty of their own, before it was overturned following a VAR review.

The win kept Liverpool top in Group B on nine points, five ahead of second-placed Atletico and Porto in third, with AC Milan pointless at the foot of the table.

“Honestly, how you win it, I couldn’t care less. The dirty ones are the really important ones. When we are flying we win the games anyway, but on a night like this getting three points is really massive,” Liverpool boss Juergen Klopp told BT Sport.

Salah opened the scoring with a deflected effort in the eighth minute and Naby Keita added a second with a thunderous volley five minutes later as Liverpool looked set to crush Diego Simeone’s side.

However, Liverpool’s defence imploded shortly afterwards and Atletico came roaring back, with Griezmann at the centre of the action.

First he steered home a Koke shot in the 20th minute to reduce the deficit and 14 minutes later he drew his side level, a superb first touch opening up the space in front of him for a clinical finish low past Alisson’s left hand.

After a frenetic opening 45 minutes, Liverpool finished the first half on the ropes, but a reprieve was not long coming as the second period got underway.

Yannick Carrasco forced an early save from Alisson but then Griezmann was shown a straight red card seven minutes after the break for carelessly planting his foot in the face of Roberto Firmino as he challenged for a high ball.

Simeone’s reaction was to keep urging the home crowd on and his team looked capable of hanging on with 10 men until another costly lapse.

Defender Mario Hermoso conceded a penalty by barging into Diogo Jota, and Salah made no mistake from the spot to put Liverpool back in the lead.

However, Liverpool seemingly tripped themselves up again when Atletico Madrid were awarded a penalty after Jota appeared to bundle over Jose Maria Gimenez, but the decision was overturned after a lengthy VAR review.

Former Liverpool striker Luis Suarez came off the bench and flashed a stoppage-time shot over the bar before being booked for an angry exchange with the referee as he sought to find an equaliser for his side.

With seven minutes of stoppage time added on, Liverpool were left hanging on, but they managed to see the game out. 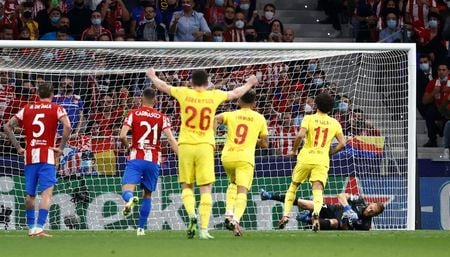 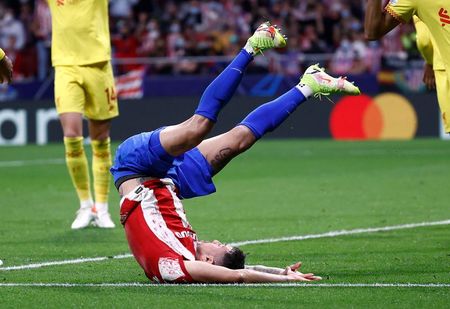 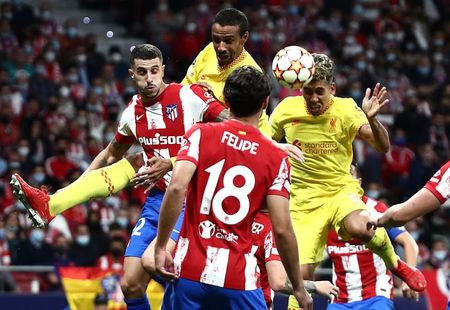 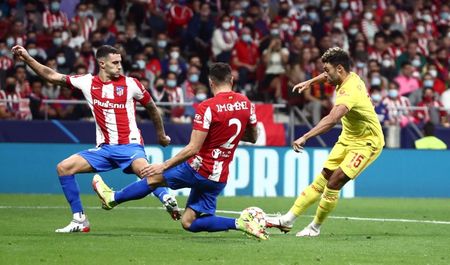 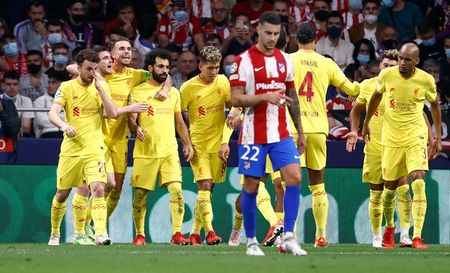