MOSCOW -Russia, China and Pakistan are willing to provide aid to Afghanistan, the Russian foreign ministry said on Tuesday, but Moscow said it was not yet ready to recognise the Taliban government.

The promise of humanitarian aid and economic support came after talks between Russian, Chinese and Pakistani officials, who will be joined by representatives of Afghanistan’s Islamist rulers at a meeting in Moscow on Wednesday.

But Russian Foreign Minister Sergei Lavrov said Russia was withholding recognition from the Taliban while waiting for them to fulfil promises they made when they took power, including on the political and ethnic inclusivity of the new government.

Critics say the former rebel movement is backtracking on pledges not to sideline women and minorities, or persecute foes.

“Official recognition of the Taliban is not under discussion for now,” Lavrov told reporters. “Like most of other influential countries in the region, we are in contact with them. We are prodding them to fulfil the promises they made when they came to power.”

In mid-August, the Afghan government collapsed as the United States and allies withdrew troops after 20 years on the ground, leading the Taliban to seize power in a lightning offensive.

Russia, which fought its own disastrous war in Afghanistan from 1979 to 1989, is trying to seize the diplomatic initiative to avoid instability in the wider region that could damage its interests. In particular it is worried by the possibility of Islamist militants seeping into the former Soviet republics of Central Asia, a region Moscow views as a defensive buffer.

Other Russian officials have tempered expectations for Wednesday’s talks. The United States said it would not join this round but planned to do so in the future.

Zamir Kabulov, President Vladimir Putin’s special representative on Afghanistan, said last week he did not expect any major breakthrough at the talks.

Kremlin spokesperson Dmitry Peskov described them as “an attempt to know what will happen in Afghanistan going forward.”

(Reporting by Gabrielle Tétrault-Farber in Moscow and Olzhas Auyezov in Almaty, writing by Mark Trevelyan, editing by Andrew Cawthorne) 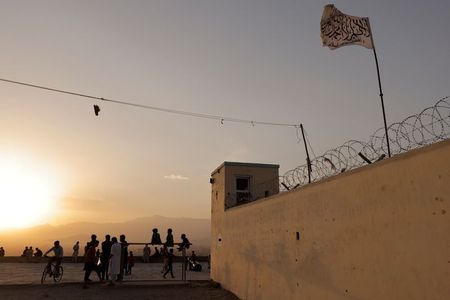