BENGALURU -SoftBank Group-backed Indian ride-hailing firm Ola is set to lose two top executives, according to an internal memo seen by Reuters, ahead of a potential $1 billion initial public offering.

Ola did not immediately respond to a Reuters request for comment.

Aggarwal in the memo also announced several management changes across its mobility, vehicle commerce, and delivery and financial services units.

Saurabh, a former CFO of Hindustan Zinc, has been with Ola for seven months while Porwal, who has run the mobility business over the last year, joined the company in 2019.

Porwal will be leaving Ola to “pursue other interests”, while Saurabh will be pursuing other opportunities, according to the memo.

Ola plans to raise up to $1 billion through an initial public offering in the next few months, according to recent media reports.

Founded in 2010, Ola also counts private equity firms Temasek and Warburg Pincus among its investors and competes with U.S.-listed Uber Technologies for a share of India’s ride-hailing market. The firm has since expanded into offering cars on lease and into the electric-vehicle space in the country.

Ola’s electric vehicle business earlier this year launched a scooter and has charted out plans to produce kick scooters, e-bikes, drones and even flying cars. The unit raised more than $200 million at a valuation of $3 billion in September.

(Reporting by Chandini Monappa and Vishwadha Chander in Bengaluru; Editing by Shounak Dasgupta and Ramakrishnan M.) 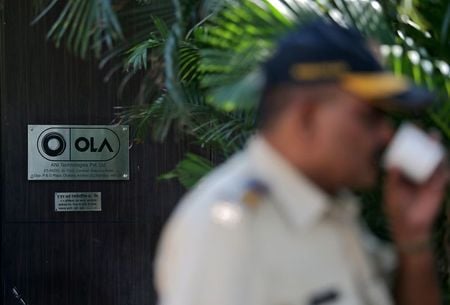