LONDON – Britain will probably have to introduce new taxes to compensate for the loss of revenues from its shift away from fossil fuels which will hit the government’s income that is currently raised by fuel duty, the finance ministry said on Tuesday.

“The largest impacts of the transition on the public finances will stem from permanent changes to behaviour that feed through to the tax system,” the ministry said. “Primary among these is the loss of significant amounts of tax revenue as the economy shifts away from the use of fossil fuels.”

Fuel duty and vehicle excise duty revenues amounted to 37 billion pounds ($51.2 billion) in the 2019/20 financial year, equivalent to 1.7% of economic output, it said.

Earlier, Prime Minister Boris Johnson on Tuesday published his plans to slow climate change by finding alternatives to carbon in every part of the economy, from heating to transport and industry.

Related News:   Opinion: Yes, The Biden And The Left Are Coming For Your Gas Stove One Way Or Another

The government’s budget forecasters said in July that Britain’s 2-trillion-pound public debt pile would rise as the country invested to make its economy net carbon zero by 2050.

But if there was quick global action to limit climate change, the hit could be less severe than that of the coronavirus pandemic, they said.

The finance ministry said any temporary revenues from expanded carbon pricing were unlikely to be sufficient to offset the general decline in tax revenues although it would help during the transition period.

“If there is to be additional public spending, the government may need to consider changes to existing taxes and new sources of revenue throughout the transition in order to deliver net zero sustainably, and consistently with the government’s fiscal principles,” it said. 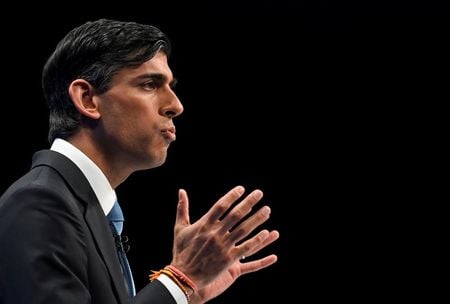