LONDON -China attaches great importance to tackling climate change but an announcement has yet to be made on whether or not President Xi Jinping will attend the COP26 summit, China’s special climate envoy, Xie Zhenhua, said on Tuesday.

Asked by Reuters if Xi would attend the COP26 conference in person, or by video call or not at all, Xie said: “We still need to wait for the information (from the) Ministry of Foreign Affairs, and only after they make an announcement will we tell you.”

Britain’s Queen Elizabeth said last week she was irritated by world leaders who talk about climate change but do nothing to address global warming, and added it was still unclear who would turn up at the COP26 climate summit in Glasgow.

Prime Minister Boris Johnson, as host of the summit, has cast the meeting as one of the last major chances to cool down the planet, and had hoped it would showcase his attempt at global leadership.

Biden and Australian Prime Minister Scott Morrison will attend the summit. The Kremlin has not yet said whether Russian President Vladimir Putin will attend.

Xi, China’s most powerful leader since Mao Zedong, has not left the People’s Republic since the start of the coronavirus pandemic, though he has joined video calls with global leaders.

Xie, speaking through a translator via video link, said that the COP26 climate conference in Glasgow was deeply significant and that the People’s Republic was working for the success of the conference.

Xie said China wanted to work with the international community to slow climate change and that the world’s second largest economy would do its best to achieve carbon neutrality by 2060.

Zhao Yingmin, the vice-minister of ecology and environment, said leaders at COP26 should avoid “empty slogans” and that Beijing hoped to see progress on climate issues for developing countries. 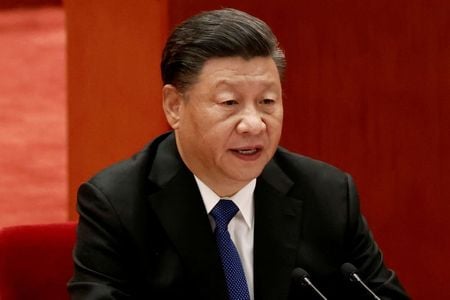