By Josh Smith and Hyonhee Shin

SEONGNAM, South Korea – South Korea should redouble its efforts to become a global defence industry leader, President Moon Jae-in told a military expo in the outskirts of Seoul on Wednesday, after landing at the site in an air force fighter jet.

The military display came a day after North Korea test fired a ballistic missile https://www.reuters.com/world/asia-pacific/nkorea-says-it-conducted-successful-missile-test-submarine-kcna-2021-10-19 from a submarine. Last week North Korea opened a defence exhibition https://www.reuters.com/world/asia-pacific/nkorea-threatens-upstage-skorea-defence-expo-with-duelling-military-show-2021-10-14 of its own, where leader Kim Jong Un said his country’s military developments were for self-defence and accused South Korea of destabilising the peninsula with an arms build up.

In his speech on Wednesday, Moon defended the South’s increasingly sophisticated military as necessary for peace.

“The goal of building strong defence power is always to foster peace,” he said.

Amid glittering displays of drones, sniper rifles, helicopters, missiles, and other weapons, crowds of company representatives, diplomats, and South Korean troops mixed with military delegations in an array of foreign uniforms.

At least 440 companies from 28 countries are participating in what organisers said was the largest ADEX ever. About 300 government, military and defence acquisition officials from 45 countries were expected to attend the event, which lasts through Saturday.

Moon said it was time for South Korea’s arms industry to become a global leader.

“I could feel the dashing dignity of the FA-50, which we’ve developed with our own technologies,” Moon said.

South Korea plans to spend more than 80% of its acquisition budget on domestic supplies and to quadruple support for parts localisation by 2026, with a focus on areas that could shape future wars, including AI, drones, robotics and space, he said.

“We envision a smart yet strong military based on advanced science and technology, and promote peace together with the international community,” Moon added.

South Korea’s arms exports from 2016 to 2020 were 210% higher than from 2011–2015, according to Stockholm International Peace Research Institute data. It is also one of the largest arms importers in the world, buying major weapons systems such as American-made F-35 stealth fighter jets in recent years.

(Reporting by Josh Smith in Seongnam and by Hyonhee Shin in Seoul. Editing by Gerry Doyle) 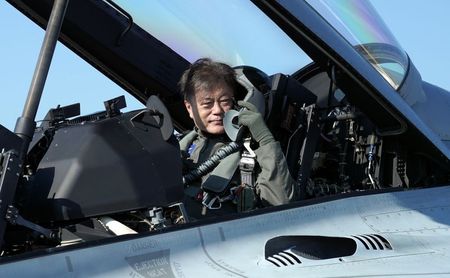 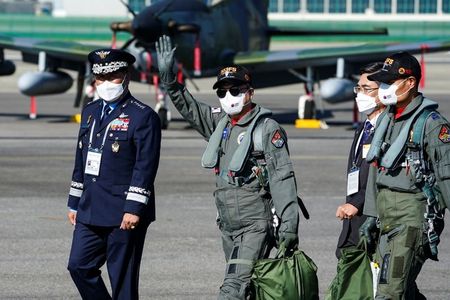 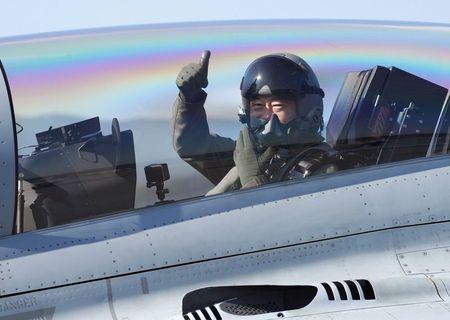