WASHINGTON – The United States sees the decision by Southeast Asian nations to exclude Myanmar’s leader from a regional summit as very significant but more needs to be done to address the challenges the country is facing after the military coup there, a senior U.S. official said on Wednesday.

“Obviously, we believe that this is not enough, and addressing the challenges that are posed by the coup in Myanmar, as well as the extraordinary difficulties that people in Myanmar are facing as a result of the coup … require a broader and I think more effective effort.”

Kagan did not specify the steps needed.

But State Department Counselor Derek Chollet, who is in the region to discuss Myanmar ahead of the ASEAN summits, said in a tweet that he had had a “productive” meeting with Monetary Authority of Singapore Deputy Managing Director Ho Hern Shin.

Blocking Min Aung Hlaing was a big step for ASEAN, whose members have longed pursued a policy of staying out of each other’s affairs and have discouraged sanctions and other measures to isolate Myanmar.

Kagan said addressing the issues faced in Myanmar, also known as Burma, would require cooperation between ASEAN countries, as well as partners outside.

“It’s very clear that this is not a situation that’s going to get better on its own,” he said, adding that the United States was willing to work with ASEAN on the issue. 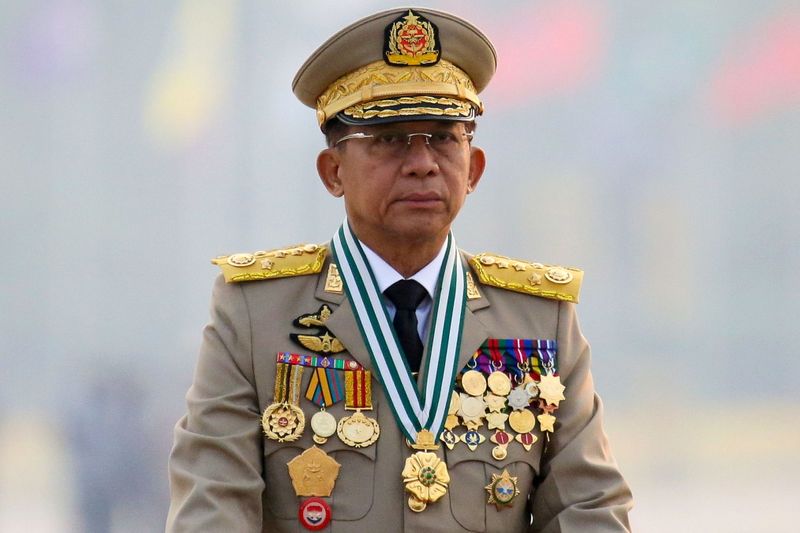