By Manas Mishra and Dania Nadeem

-Biogen Inc is pinning its hopes on a decision on U.S. government coverage of its Alzheimer’s disease drug next year to help drive up its usage, after a big miss on quarterly sales of the much-awaited treatment.

The company recorded $300,000 in sales of Aduhelm in the third quarter, compared with the $10.79 million mean estimate from 16 analysts, according to Refinitiv data.

Only 120 sites across the United States are offering the drug, Biogen said, versus its expectations of 900 immediately after the launch. The company expects minimal sales from the treatment this year, while raising its forecasts on demand for its multiple sclerosis drugs.

Biogen is betting on Aduhelm, the first new treatment for the memory-robbing disease in nearly 20 years, to buffer a hit from its main revenue drivers facing rising competition.

However, the uptake has been slower than expected as several commercial insurers wait for further direction from Medicare before covering the drug, which is priced at $56,000 a year.

“We can’t actually speculate on the outcome of the (review). But as you know, we do believe it will be a major milestone, and this will alleviate a lot of the confusion that we’re seeing with physicians,” Biogen U.S. President Alisha Alaimo told analysts on a post-earnings call.

Still, Wall Street’s consensus expectations for 2022 sales of the drug are too high and should move lower, said Jefferies analyst Michael Yee. Aduhelm is expected to generate sales of $953 million next year, according to Refinitiv estimates.

Alaimo also said the price tag was not the main reason for hospitals refusing to use the drug so far, adding the company was offering financial assistance programs.

(Reporting by Oishee Majumdar and Dania Nadeem in Bengaluru; Editing by Sriraj Kalluvila) 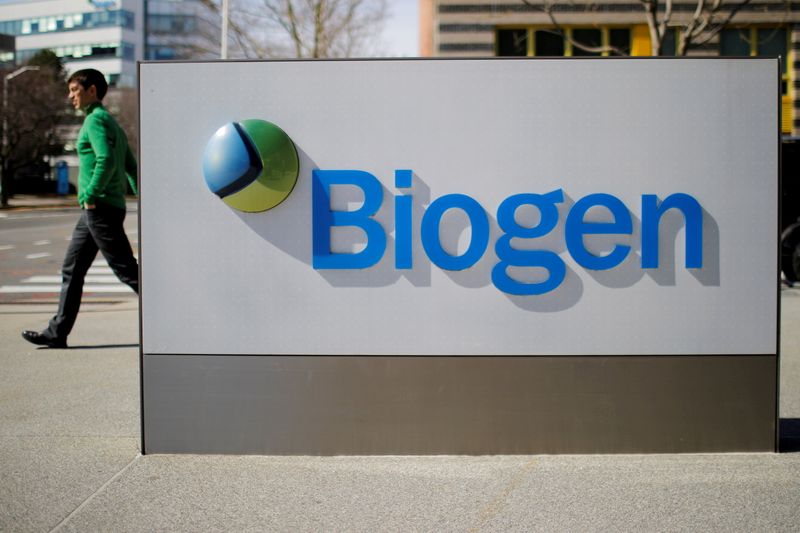