LONDON -Swedish private equity firm EQT is looking to raise 4 billion euros ($4.6 billion) for a fund aiming to create a positive environmental and social impact at its portfolio companies through longer-term investments.

The fund, EQT Future, will invest in “mature companies with market-shaping impact potential” through safeguarding the planet’s resources and climate, increasing mental and physical health, and creating equality of opportunity, it said.

Up to 20% of the carried interest – a measure of the fund’s profits – will be tied to the portfolio hitting impact-related targets including reducing greenhouse gas emissions and increasing gender diversity within the companies’ top 20% of earners, EQT said.

“It means you can think a bit differently about the types of transformation you can actually drive. We’d actually like to find industries and companies where, if we spend that time … we can impact that whole industry, not just the company,” Sinding said.

The fund would target companies in Europe and North America worth at least 400 million euros in sectors including the green, health and education technology sectors, health diagnostics, financial inclusion and decarbonisation, Sinding said.

Also on Wednesday, EQT updated the market on its third-quarter performance, with total assets under management of 70.3 billion euros and investments during the period of 7.7 billion euros.

Commenting on the results, Jefferies analysts said in a note that fundraising in the quarter had been “quieter”, but the launch of EQT Future and plans for a buyout fund, EQT X, would likely see that “ramp back up”.

It will be supported by a board of advisers led by the former boss of Unilever and U.N. Sustainability Ambassador Paul Polman, and Jacob Wallenberg, chair of EQT’s biggest shareholder Investor AB and vice-chair of ABB.

Investor demand for funds with a focus on fighting climate change and boosting efforts at diversity and other social goals is gathering pace.

The shift comes as governments look to step up their efforts to both cut greenhouse gas emissions and ensure the transition to a low-carbon economy is equitable when they meet for global climate talks in Scotland starting Oct. 31. 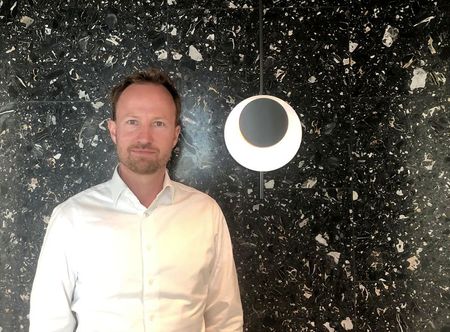