WASHINGTON – U.S. President Joe Biden and Democrats in Congress rolled out an ambitious $3.5 trillion spending plan in August to support his economic policies. The measure is being whittled down to reach a compromise that all Democratic legislators will support.

After a flurry of White House meetings on Tuesday aimed at getting a deal as soon as this week, some details of what the bill will contain are clear, and others remain under negotiation.

Senators Joe Manchin and Krysten Sinema, who emerged as the key obstructionists to the $3.5 trillion package, have yet to indicate they have agreed to anything at all.

Here’s what we know so far:

A BILL WORTH ABOUT $2 TRILLION

Biden told lawmakers on Tuesday he thought he could get Manchin and Sinema to agree to a figure in the range of $1.75 trillion to $1.9 trillion, according to a source familiar with the talks.

Progressive Caucus chair Pramila Jayapal said Tuesday at the White House after a meeting with Biden that she thought Biden was trying to get everyone to agree on bill totaling between $1.9 trillion and $2.2 trillion.

Manchin said he has not moved from a target of $1.5 trillion.

Child tax credits, a way to give financial support to low-to-middle income parents, are likely to remain in the bill, sources said. But the tax credit duration has been trimmed down to one year from the four years originally proposed.

There was no sign progressives have signed on to this change in duration.

Manchin opposed a central part of Biden’s climate plan, paying billions in subsidies to utility companies to shift to cleaner energy sources. The opposition has left Democrats’ scrambling to come up with an alternative.

Proposals include boosting production tax credits for nuclear power and enhancing credits for carbon sequestration projects, according to congressional sources.

The bill was originally financed by higher taxes on the wealthy and corporations. Democrats and the Treasury Department pitched a scaled-down proposal that would require banks to report accounts with non-wage activity in excess of $10,000. Other possible changes remained unclear. 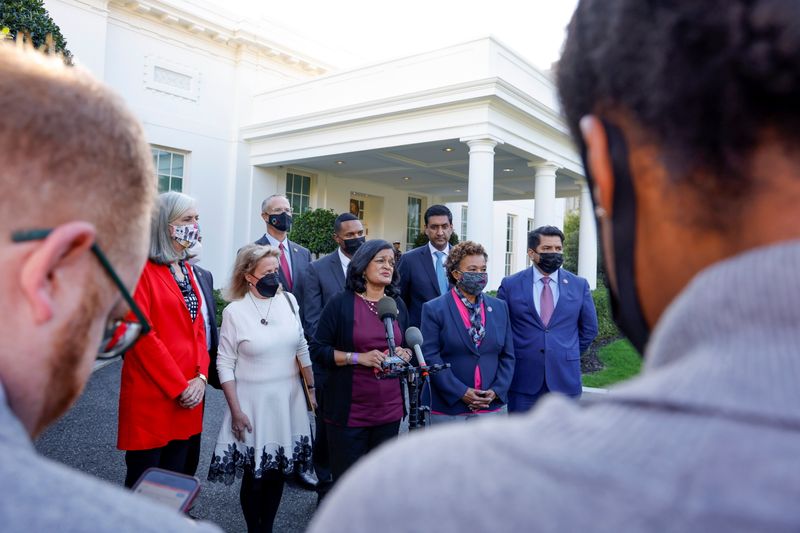