ATHENS – EU shipping power Greece has told the European Commission that adding the industry to the bloc’s carbon emissions trading scheme should be proportionate and tightly enforced to secure a level playing field for the European fleet in global markets.

In a letter sent to Commission head Ursula von der Leyen, Greek Prime Minister Kyriakos Mitsotakis said that countries should also get back the revenue raised by the costs their ships would pay and that money should be spent on decarbonising maritime transport.

Greek-owned vessels represent 58% of the EU’s fleet, according to the Greek Shipowners Union.

Mitsotakis made a plea to Brussels to “engage at the earliest with the Greek authorities and with the shipping community, in order to find realistic and constructive solutions,” according to the letter.

The European Commission this summer proposed including shipping in the EU carbon market for the first time.

Under the EU plan, shipping would be added to the European Union Emissions Trading System (ETS) gradually from 2023 and phased in over a three-year period.

Ship owners will have to buy permits under the ETS when their ships pollute or else face possible bans from EU ports.

The Commission said that the carbon market would apply to ships sailing within the European Union and 50% of emissions from international voyages starting and ending in the bloc.

EU countries are preparing to negotiate the EU’s package of new green policies, which they and European Parliament must both approve, with member states split over which measures to use to meet the bloc’s climate targets. 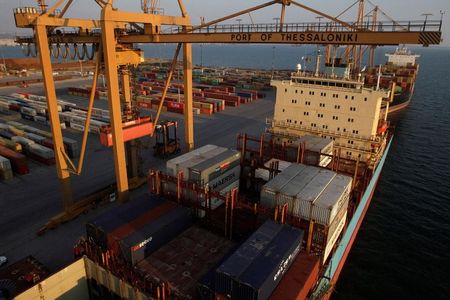