It beat third-quarter profit forecasts after market close on Tuesday and announced it would make a strategic exit from Denmark and Finland. [L1N2RF1S1]

However, investors were unimpressed and analysts pointed to the lack of progress in cost cutting.

Underlying expenses, which worried investors in recent years, were up 3% in the first nine months of this year.

It said its target of reaching an annual cost base of 20 billion Swedish crowns had lost its relevance due to higher development costs and its exit from Denmark and Finland.

“We are putting more and more in cloud-based solutions, that changes the playing field a bit,” CEO Carina Akerstrom told Reuters in an interview on Wednesday.

She said its other cost-cutting measures were developing according to plan, noting the bank had decreased its number of branches and staff, and that the effect on personnel cost would filter through in coming quarters.

The bank did not provide a new cost target.

Citibank said in a note that underlying costs “continued to disappoint” and said that it saw no visible improvement in personnel costs. 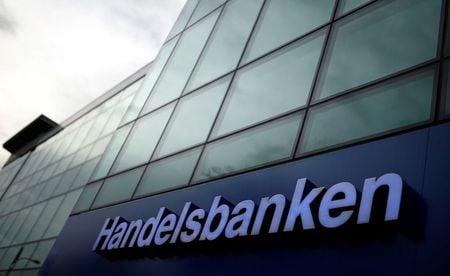