SOFIA – Hundreds of anti-vaccine protesters joined some political leaders in Sofia on Wednesday to demonstrate against Bulgaria’s decision to make a COVID-19 “Green Certificate” mandatory for access to restaurants, theatres and shopping malls.

The interim health ministry announced the move on Tuesday to try to slow a surge in infections and deaths in the European Union’s least vaccinated country.

However, it was greeted by a chorus of disapproval from business and some politicians with an eye on Bulgaria’s third parliamentary election this year, on Nov. 14.

Under the new rules, due to come into force on Thursday, access to bars, gyms, hotels and other indoor public venues will be allowed only to people who have either a vaccine certificate, a document they have recovered from the virus or a negative test. Only 24% of adults are vaccinated in Bulgaria.

Medics and care home staff would not be able to work, unless they show up with a health pass. Exceptions were made for the public transport, banks, pharmacies and food shops.

While some restaurant owners, as well as hotel and theatre managers said they would boycott the measures, hundreds of Bulgarians have also rushed to vaccinations centres to secure a certificate.

The protesters said the move trampled on their freedoms and was a back-door means of forcing people to be vaccinated. Demonstrations were held in several other cities in the Balkan country.

“The vaccination should be purely voluntary. Tomorrow many people would not be able to go to work,” said Kostadin Kostadinov, a strong opponent of COVID-19 vaccines and leader of a nationalist party, which has not won seats in parliament so far.

Activists from another small nationalist party were also at the protest.

Both the centre-right GERB party, which leads its rivals ahead the vote, and the Socialists, who are running second according to the opinion polls, have also slammed the health pass.

They, as well the protesters, have called for the resignation of the interim health minister, who was appointed by the president, after an inconclusive election in July failed to produce a government.

Many analysts have blamed the low take-up of vaccines on misinformation and conflicting messages from politicians and experts amid the political crisis – as well as a lack of trust in authorities that is a legacy of Communist times. 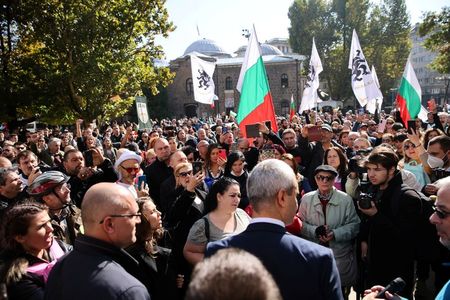 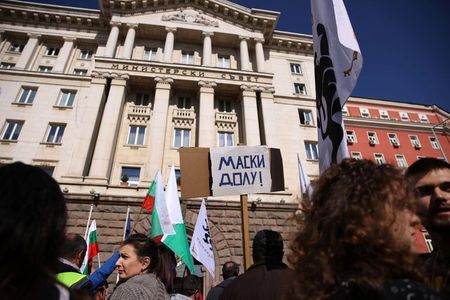 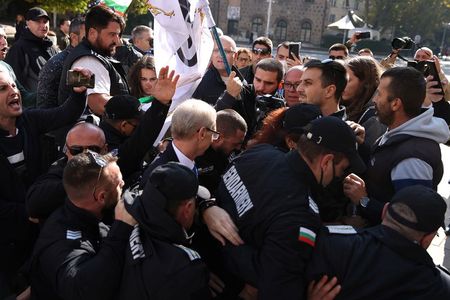