TOKYO -Japan will watch currency movements carefully as exchange rate stability is important, a top government official said on Wednesday, after the yen hit a four-year low against the dollar.

The dollar has gained 4.6% against the yen since its latest low hit in mid-September, amid growing bets that the United States will soon start unwinding pandemic-era policy, while Japan looks poised to keep interest rates low for some time.

But the yen’s recent decline, coupled with rising energy prices, has heightened concern over higher costs for households and retailers still reeling from the coronavirus pandemic.

The pain on consumers bodes ill for Prime Minister Fumio Kishida’s efforts to distribute more wealth to households, a pledge he made ahead of a lower house election on Oct. 31.

With oil prices spiking to seven-year highs, Kishida said on Monday Japan, which imports all but a tiny amount of its energy needs, will urge global oil producers to increase output.

Markets are focusing on what Bank of Japan Governor Haruhiko Kuroda will say about the recent yen moves at his briefing scheduled after the bank’s policy meeting next week.

Some analysts see 125 yen against the dollar as Kuroda’s line-in-the-sand, a level marked in 2015 when he warned the yen’s real, effective rate was “unlikely to fall further.”

If oil and the dollar/yen stay around current levels for a year, core consumer inflation will accelerate to near 1% – below the BOJ’s 2% target but high enough to hurt households, said Kono of BNP Paribas. Core consumer prices were flat in August from a year earlier, halting a 12-month run of declines on higher energy costs.

“For Japanese households who have barely seen income rise, this could turn into a big political problem and affect monetary policy down the road,” he said. 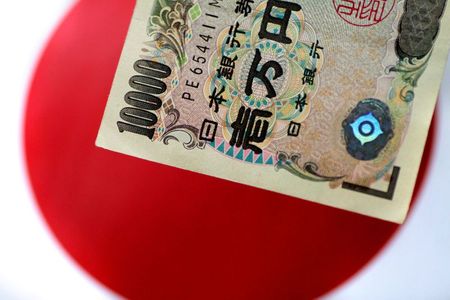