SYDNEY -Millions in Melbourne are readying to come out of the world’s longest COVID-19 lockdown later on Thursday even as cases hover near record levels, with pubs, restaurants and cafes rushing to restock supplies before opening their doors.

Since early August, residents in Australia’s second-largest city have been in lockdown – their sixth during the pandemic – to quell an outbreak fuelled by the highly infectious Delta strain.

Officials had promised to lift lockdowns once double-dose vaccinations for people aged above 16 exceeded 70% in Victoria state, of which Melbourne is the capital.

Prime Minister Scott Morrison on Thursday confirmed the state had reached that target, with more restrictions set to ease as inoculations hit 80% and 90%.

“The longest road has been journeyed in Victoria and that long road really starts to open up tonight,” Morrison told Seven News on Thursday.

From 11:59 p.m. (1359 GMT) Thursday, pubs and cafes can have 20 fully vaccinated patrons indoors and 50 outdoors, while hairdressers can allow entry for five customers. Masks will still be mandatory both indoors and outdoors.

By then, the city of five million would have spent a cumulative 262 days, or nearly nine months, under stay-home orders since March 2020 – the world’s longest, exceeding a 234-day lockdown in Buenos Aires, according to Australian media.

Pubs have begun to take more beer ahead of the reopening with Carlton & United Breweries, owned by Japan’s Asahi Group Holdings, saying it had moved an extra 50,000 kegs to venues across the city on Thursday.

As businesses prepare to welcome customers, daily infections rose to 2,232 in Victoria on Thursday, the second highest daily count in any Australian jurisdiction during the pandemic.

After largely stamping out infections in 2020, Australia has ditched its COVID-zero approach and is aiming to live with virus amid higher vaccinations after being rocked by a third wave of infections in the country’s southeast since mid-June.

Despite the Delta wave, Australia has recorded only about 152,000 cases and 1,590 deaths, far lower than many comparable countries.

Cases in New South Wales, home to Sydney, rose for the third straight day on Thursday to 372 from 283 a day earlier.

Virus-free Queensland state is on alert after reporting its first new local case in two weeks – an unvaccinated rideshare driver who spent 10 days in the community while potentially infectious. Authorities said they would check with Uber if the driver had worked while he was infectious.

A spokesperson for Uber said “the driver-partner has not driven with the Uber platform since Sept. 19.”

Sydney and Canberra, the national capital, exited lockdowns last week after speeding through their vaccination targets. Other states are COVID-free or have very few cases.

With restrictions beginning to ease, Qantas Airways said it would ramp up daily flights between Sydney and Melbourne, one of the world’s busiest domestic routes before the pandemic, to about 15 from the first week of November from just one now. 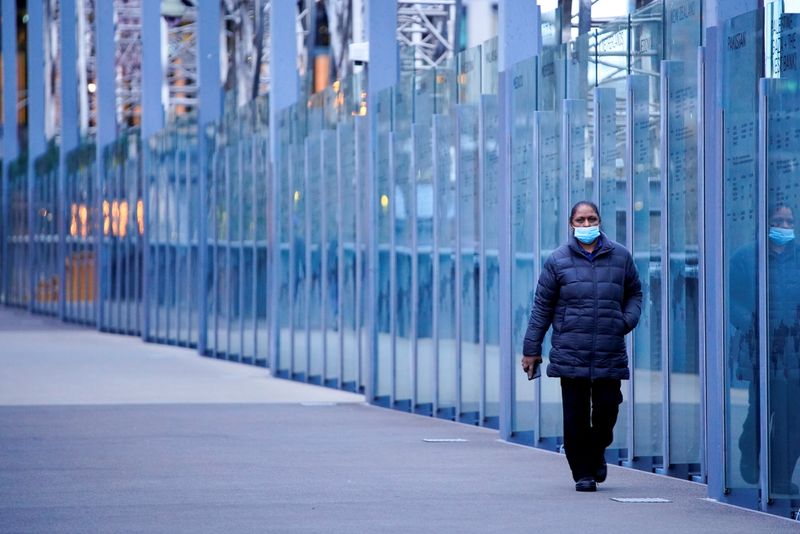