LONDON -Nearly half of the 100 biggest companies listed on Britain’s FTSE Index have no net-zero target at all and just 23 have a scientifically approved plan, according to ESG investment research and asset manager Arabesque.

Britain wants to reduce greenhouse gas emissions from the economy to net-zero by 2050 while Prime Minister Boris Johnson has expressed enthusiasm for leading a green revolution to force Western economies to kick their addiction to fossil fuels.

Arabesque research found that 45 companies on the FTSE-100 Index had no net zero target. Just 23 companies had set net zero targets meeting the standards of the Science Based Targets Initiative (SBTi), which defines best practice in such targets.

The research found that 28 FTSE companies are on course to contribute to a global temperature rise of 2.7 degrees Celsius or above by 2050. Scientists believe such a rise would lead to a worst-case climate scenario.

The results of the research are a potential embarrassment for the British government just days before it hosts a major climate summit, known as COP26, in Glasgow, Scotland.

“These findings show a wide gulf between where the FTSE 100 stands today, and where it needs to be to deliver on the UK’s net zero target,” Daniel Klier, president of Arabesque, said.

“Most of the UK’s biggest firms are not on a path to reach net zero by 2050 and we will need to see a significant change in business models and capital allocation.”

Among the best performing 20 British FTSE-100 companies on climate were AstraZeneca, British American Tobacco, Burberry, Rolls-Royce and Unilever, Arabesque said. The worst performing companies, according to Arabesque, were miners and energy companies.

“The time for commitments is now passing, however, and 2022 must be a year of action.” 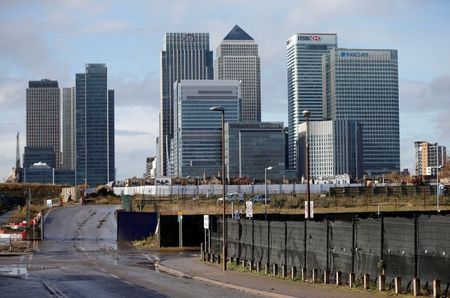