By Alexander Marrow and Darya Korsunskaya

MOSCOW -Russian President Vladimir Putin on Wednesday approved a government proposal for a week-long workplace shutdown at the start of November to combat a sharp rise in COVID-19 cases and deaths.

Coronavirus-related deaths across Russia in the past 24 hours hit yet another daily record at 1,028, with 34,073 new infections.

Speaking at a televised meeting with government officials, Putin said the “non-working days” from Oct. 30 to Nov. 7, during which people would continue to receive salaries, could begin earlier or be extended for certain regions.

“The epidemiological situation is developing differently in each region,” Putin said. “In light of this, the heads of regions are given the right to impose additional measures.”

Authorities have stepped up the urgency of their efforts to slow the pandemic as they confront widespread public reluctance to get injected with the Russian-made Sputnik V vaccine. Moscow’s mayor announced four months of stay-home restrictions for unvaccinated over-60s on Tuesday.

The mayor’s office was seeking to force shopping centres to connect their security cameras to a centralised facial recognition system that would allow authorities to enforce protective mask-wearing in public, the Kommersant daily reported.

Half of Moscow’s 600 shopping centres have not connected to the system, Kommersant cited Bulat Shakirov, president of the Union of Shopping Centres, as saying.

“But now, due to growing infections, authorities have decided to tighten control,” he said, adding that shopping centres that failed to comply could be ordered to close.

Russia began a revaccination campaign in July, one of the first countries to do so, but Putin has yet to receive a booster shot, the Kremlin said on Wednesday.

“The president has not been revaccinated yet,” Kremlin spokesperson Dmitry Peskov said. “He will do this when doctors and specialists tell him to.” 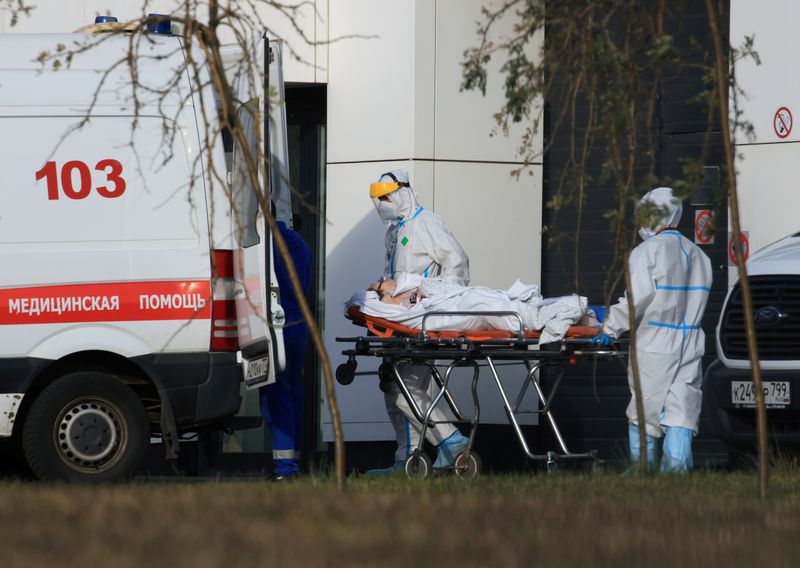