SYDNEY – Qantas Airways Ltd expects to get back to flying 100% of its pre-COVID-19 domestic capacity by January as Australian state borders open up due to surging vaccination rates, the airline’s chief executive said on Thursday.

“It looks like by Christmas we will have every state open except for Western Australia, and Western Australia will open up domestically hopefully early in the new year, we assume around February,” Qantas CEO Alan Joyce said at an industry conference held by Flight Centre Travel Group Ltd.

Travel restrictions between Sydney and Melbourne, Australia’s largest cities, eased on Wednesday as Victoria opened its borders to fully vaccinated residents from New South Wales amid a rapid rise in immunisation levels.

With cases trending lower in New South Wales, including Sydney, residents will be allowed quarantine-free entry into Victoria for the first time in more than three months. Travellers from Melbourne who wish to enter Sydney, however, must undergo a two-week home quarantine.

Joyce said Qantas had just one daily flight from Sydney to Melbourne at present, down from 55 before the pandemic when it was one of the world’s busiest domestic routes.

“We will progressively in the first week of November go back to nearly 15 flights a day and by Christmas get back to closer to 30 to 40 flights per day and in the new year, February, when business comes back, pretty close to the pre-COVID schedule,” he said.

The airline will resume international passenger flights from Sydney to London and Los Angeles on Nov. 1 after New South Wales last week said it would permit the entry of fully vaccinated travellers without the need for quarantine, though only citizens and permanent residents will be allowed back in. 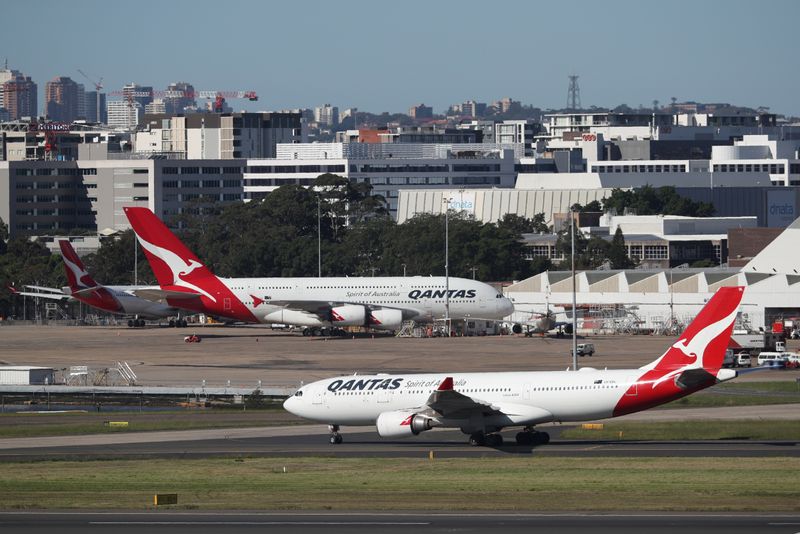