-Rodolphe Belmer will replace Elie Girard as chief executive of Atos by early next year, the French IT consulting firm said on Wednesday, in a sudden announcement that wrapped Girard’s short stint as CEO.

Belmer, 52, is the current boss of French satellite firm Eutelsat, which he joined in 2015. A graduate of France’s elite HEC business school, he previously led pay-TV station Canal+, owned by media group Vivendi.

Speculation about the future of Girard, 43, has mounted in recent months, following a string of setbacks that sent Atos’ share price down by more than 40% this year.

The most painful stemmed from accounting errors spotted by auditors for two of Atos’ units in North America. The disclosure in April spooked investors and triggered a 20% fall in the firm’s shares in a single day.

The audit firm eventually cleared the accounts, but several analysts said the news had further dented investors’ trust in Girard’s management and strategy after a failed attempt to buy DXC Technology, a deal that valued the New-York listed group at more than $10 billion in what would have been the biggest-ever acquisition for deal-hungry Atos.

The group also cut its 2021 targets in July, blaming the ongoing COVID-19 pandemic.

The company’s fall from investors’ grace saw Atos exit France’s blue-chip CAC 40 index last month and speculation about a takeover or the arrival of activist investors.

However, the group – whose top investor is German engineering and technology company Siemens and counts President Emmanuel Macron’s first prime minister Edouard Philippe as a board member – is deemed strategic by the French government as it supplies secure information systems to the country’s army, which could complicate any takeover.

It also owns supercomputers used to develop next-generation technologies based on artificial intelligence and deep learning.

Girard, who will leave the company on Friday, succeeded Thierry Breton, today’s European industry chief, in 2019, after acting as a close aide to the former French finance minister as CFO.

A former top executive at telecoms group Orange, Girard inherited a company that had rapidly expanded through a buyout spree, which included cloud and cybersecurity firm Bull.

Atos, which plans to gradually dispose of non-core assets and seek partners for classic infrastructure activities, said Belmer’s term of office would begin on Jan. 20, 2022, at the latest. 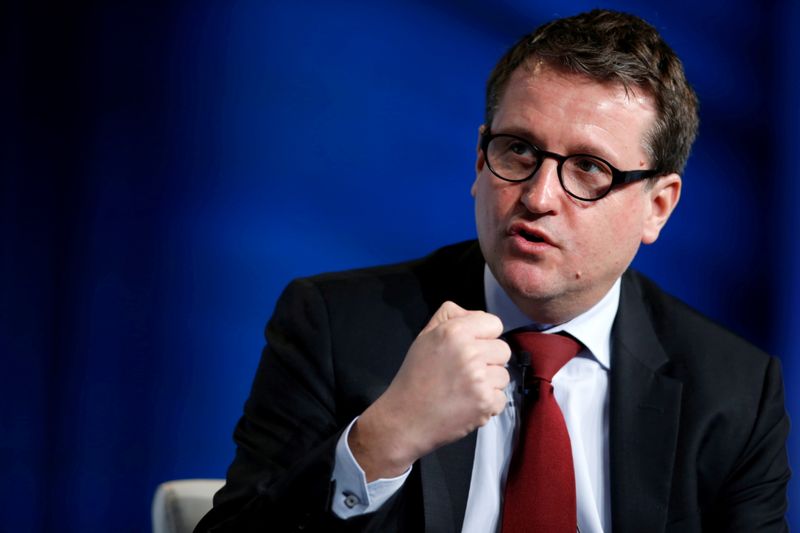