WASHINGTON – A U.S. Navy investigation released on Wednesday found that a fire aboard a warship last year, which was caused by arson, was preventable and that a series of failures after it started led to the destruction of the ship.

More than 60 people, including about 40 sailors, were treated for minor injuries during several days of fighting flames on the 844-foot-long (257-meter) amphibious assault ship Bonhomme, which was docked for maintenance at its home port at U.S. Naval Base San Diego.

A U.S. Navy sailor was charged earlier this year with starting a fire which eventually destroyed the ship.

But an investigation found that after the fire was started, commanders in the Navy and sailors aboard the ship were responsible for a series of failures.

“Although the fire was started by an act of arson, the ship was lost due to an inability to extinguish the fire,” the investigation report said.

The report said that the crew on the ship lacked a basic knowledge of firefighting, there was ineffective oversight by commanders and the ship did not have proper heat detection capabilities.

On the morning of the fire, the report said, 87 percent of the ship’s fire stations were in “inactive equipment maintenance status”.

“The loss of this ship was completely preventable,” Admiral William Lescher, the vice chief of naval operations, said.

The report recommended that 36 people be considered for potentially some sort of disciplinary action. 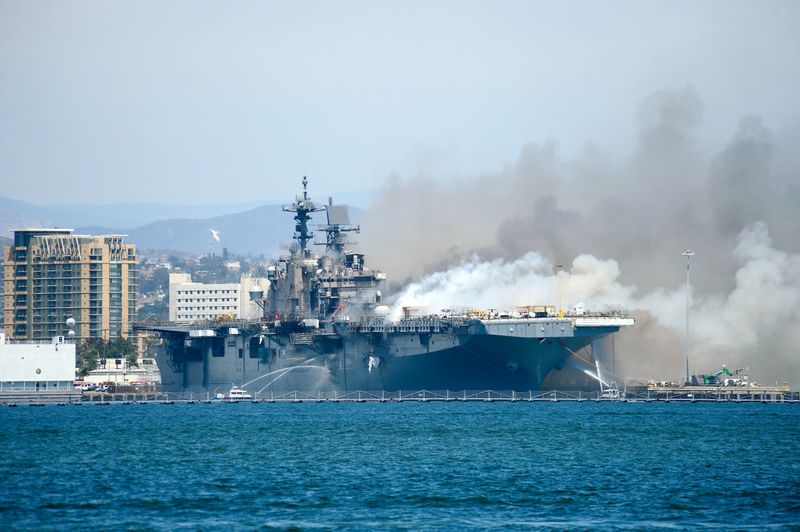