ROME – When AC Milan ended an eight-year wait to qualify for the Champions League last season, it was lauded as a return to the continental elite for the seven-time European champions.

But just three games into their campaign, the Rossoneri face a momentous task to avoid elimination after losing every group game so far.

A 1-0 defeat in Porto on Tuesday followed losses against Liverpool and Atletico Madrid, leaving the Italians bottom of Group B, four points off second-placed Atleti and the Portuguese side in third.

The Milan players and Italian media were unhappy that Porto’s winning goal was allowed to stand, as Mehdi Taremi collided with Ismael Bennacer before Luis Diaz fired a shot into the bottom corner.

“An ugly Milan but Porto win with an irregular goal”, read a Gazzetta dello Sport headline.

But there could be few complaints about the final result, with Porto having 19 shots to Milan’s four.

“This was the worst of our three games so far,” Milan striker Zlatan Ibrahimovic said.

“There are three games to go and while it is still possible we will try. I have faith.”

But they now must win when Porto visit San Siro in two weeks’ time.

Milan have not won a Champions League match since beating Celtic 3-0 in Glasgow in November 2013, but they will likely need three wins in a row against some of Europe’s top sides to progress to the knockout stages.

That may sound unlikely, but the Rossoneri need only look 60 kilometres eastwards to Bergamo, and Atalanta, for inspiration.

When Gian Piero Gasperini’s side made their Champions League debut in 2019-20, they lost their opening three group games to Dinamo Zagreb, Shakhtar Donetsk and Manchester City by a combined score of 11-2.

However, La Dea pulled off a remarkable turnaround, picking up seven points from their three return matches to climb into second place and went on to reach the quarter-finals, where they were eliminated by Paris St Germain.

It was the first time in Champions League history that a team reached the knockout stages after losing their first three group games, but offers Pioli’s side a glimmer of hope.

“We must believe. It is easy to say, but it will be harder to put that on the pitch. We have zero points, but second place ahead of us has four points,” Pioli said.


All is not lost yet. If Milan beat Porto at home on Nov. 3 and Liverpool defeat Atletico Madrid at Anfield, the Italians will be one point behind the Portuguese side and Atleti with two games to go. They are not giving up yet. 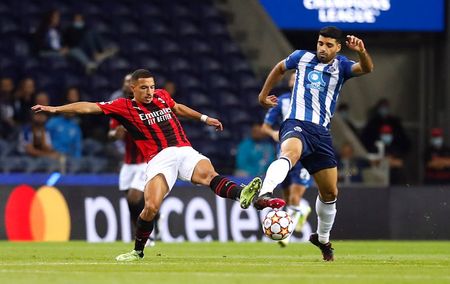