Democrats have negotiated for weeks over a spending bill on social and climate programs that, among other things, will invest in cleaner energy. But West Virginia Democrat Joe Manchin, whose support is vital to passing the bill in the U.S. Senate, opposes certain proposals, such as a plan to reward utilities that invest in renewable fuels and penalize those that do not.

Instead, Democrats are considering a flurry of options, including boosting production tax credits for nuclear power and enhancing credits for carbon sequestration projects, according to three congressional sources involved in the discussions.

Biden told lawmakers on Tuesday he wants agreements on both the bipartisan infrastructure bill and the wider spending bill ahead of the UN talks. “He was very clear that is the deadline he cares most about, is having something to take to Glasgow,” one source said.

Biden said he believed Manchin and Senator Kyrsten Sinema, another centrist Democrat, could agree to a spending bill in the range of $1.75 trillion to $1.9 trillion, down from $3.5 trillion, the source said.

Democrats need Manchin’s vote in the 50-50 Senate to pass the spending bill with a simple majority. But he has opposed a $150 billion Clean Energy Payment Plan (CEPP), backed by Biden to reward power utilities for investments in renewable energy. West Virginia is a major producer of fossil fuels coal and natural gas.

Related News:   ‘Most Americans Would Be Shocked’: James Comer Warns Of Biden Family’s ‘Connections’ To China Amid Document Debacle

Manchin also said this week https://www.reuters.com/world/us/manchin-says-carbon-tax-not-board-us-spending-bill-talks-2021-10-19 that a carbon tax is in not in play, a mechanism backed by several Democrats in the Senate.

Biden floated putting $300 billion toward tax incentives for solar and wind and electric vehicles, one of the sources added. Then, instead of $150 billion for the Clean Energy Payment Plan that Manchin opposed, that amount would go to nuclear energy and carbon capture and storage.

The source said he did not think that alternative would be acceptable to some progressive Democrats. “That has to be worked out,” he said.

Representative Pramila Jayapal, a leading progressive, told reporters that Democrats have not yet nailed down exactly how to replace the clean energy plan. But she said they were looking at ways to ensure U.S. competitiveness and the reliability and resilience of energy systems. 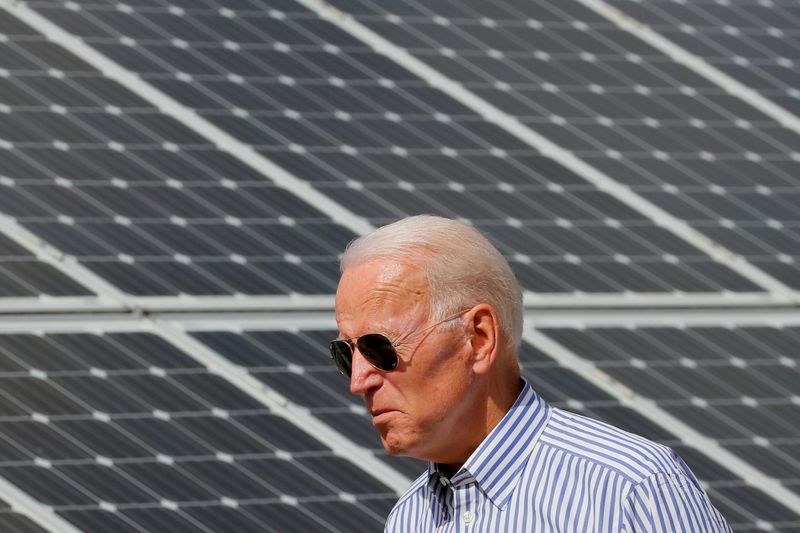