Both the Texas-based carriers posted a smaller-than-expected loss in the third quarter, but said rising fuel prices as well as higher labor costs are hurting earnings in the quarter through December.

Oil prices have surged to multi-year highs this year, threatening a fragile recovery in the airline industry. American, for example, spent nearly 70% more on jet fuel in the latest quarter than a year ago. Southwest’s fuel costs surged by 154% from a year ago.

Higher fuel costs tend to lead to result in less flown capacity and higher fares. Rival Delta Air Lines Inc, which expects fuel prices to result in a pre-tax loss in the current quarter, has suggested that it might pass along the increased costs to consumers.

Carriers are also trying to hire workers amid a pick-up in travel demand.

Southwest said it was aggressively hiring, with the aim of having about 5,000 new employees by the end of this year. However, a tight labor market is forcing the company to offer higher wages and better benefits to attract talent.

The airline has had to cancel flights en masse partly due to staff shortages, having earlier added more flights to its schedule to capitalize on a hoped-for recovery in air travel as pandemic restrictions eased.

Such cancellations earlier this month are expected to result in a $75-million hit to Southwest’s October revenue.

“I would be the first to admit that things are messy,” Chief Executive Gary Kelly said on an earnings call. “We’ve gone from not enough to do to too much to do in a very short period of time.”

The company is also worried that the White House’s vaccine mandate could worsen its staffing problem. Kelly said he is empathetic with those employees who don’t want to get vaccinated against COVID-19, assuring the company won’t fire any one for defying the mandate.

Southwest has adjusted its flight schedules in accordance with the staffing situation.

It expects its capacity in the December quarter to remain below the corresponding period in 2019. In the first quarter of 2022, its capacity is estimated to be about 6% lower than the pre-pandemic levels.

American said its capacity in the current quarter is expected to be down about 11% to 13% versus the fourth quarter of 2019. While revenue in the fourth quarter is estimated to recover to 80% of the 2019 levels from 75% in the September quarter, it forecast a pre-tax margin of minus 16% to minus 18%, excluding special items.

Both the carriers said the impact of the Delta variant of the coronavirus on travel bookings has bottomed out.

American expects domestic leisure revenue to surpass 2019 levels in the December quarter. It predicted that business revenue would fully recover to 2019 levels by the end of 2022.

Southwest said ticket sales for the upcoming holiday season are in line with 2019 levels. Still, it expects the Delta variant to result in a $100 million hit in the current quarter.

Its adjusted loss for the third quarter came in at 23 cents per share, compared with $1.99 per share last year. Analysts on average expected Southwest to report a loss of 27 cents per share, according to Refinitiv data.

American reported an adjusted loss of 99 cents per share in the third quarter, smaller than a loss of $5.54 a year ago and a loss of $1.04 estimated by analysts in a Refinitiv survey. 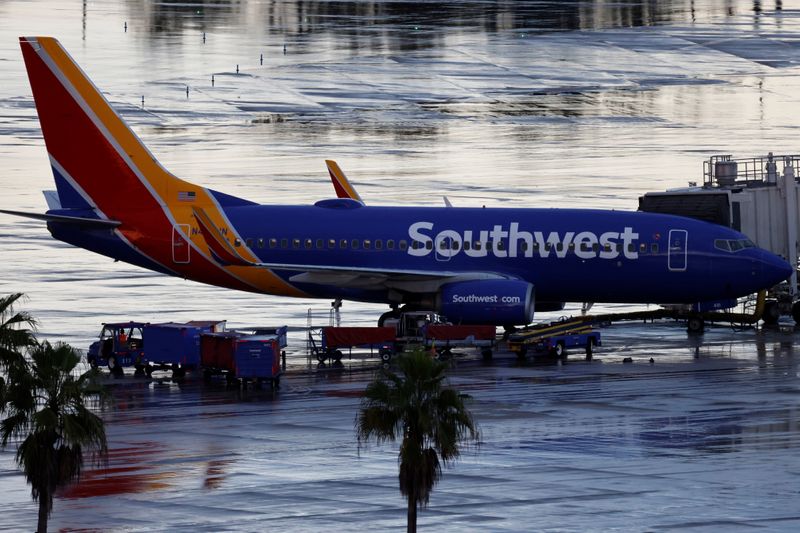 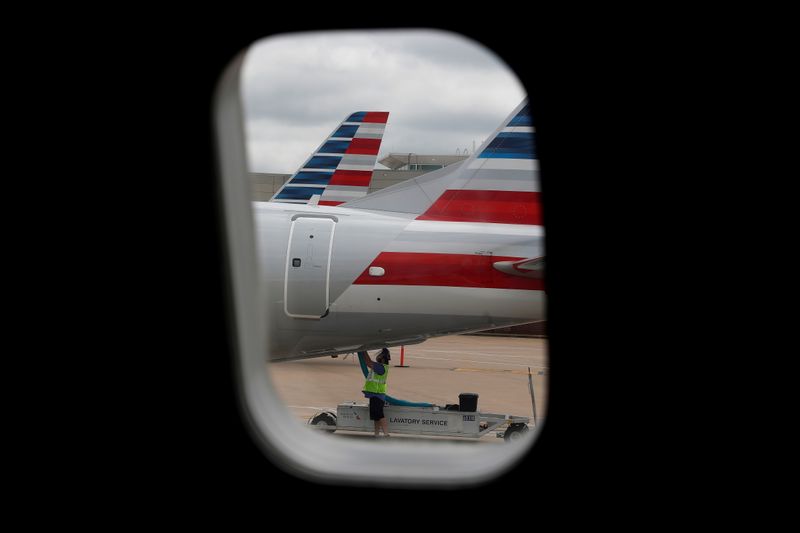