WASHINGTON – German Bundesbank President Jens Weidmann was just a year into his tenure when the world began to change with three words.

A speech by European Central Bank then-president Mario Draghi in July 2012 promising to do “whatever it takes” to keep the euro zone together wasn’t, as it happens, just another turn in Europe’s crisis of the moment.

It was part of a still-unfolding global revolution in monetary and fiscal policymaking that left Weidmann – and traditionalist inflation hawks like him at the ECB, the U.S. Federal Reserve and elsewhere – increasingly diminished in influence.

When the German central banker announced Wednesday he would retire at year’s end, it capped a decade in which economists’ thinking about inflation, global interest rates, government debt and fiscal policy veered from core principles of strict inflation control and government austerity, making the Bundesbank perhaps the world’s most significant remaining bastion of monetarist fidelity.

Weidmann could rail against the new orthodoxy that emerged during his watch. But he couldn’t stop it.

After central banks used years of low interest rates and massive money printing to fight the last financial crisis, “the hawks thought…that would not only bring inflation back to (their 2%) target but overdo it,” said Peter Ireland, an economics professor at Boston College who has shared concerns that central banks may have gone soft on inflation risks.

“Years went by. Inflation did not go back to target. … Increasingly, the ‘conservative central banker’ looked more and more hopelessly out of touch and out of date,” Ireland said, as concern shifted that the world was stuck in a rut of low interest rates, low inflation and wasteful unemployment.

Understanding why that was the case and what it meant for government fiscal policy and central banks would become a focus of official debate and academic research, arguably culminating over the last 18 months when the world needed it most – during the COVID-19 pandemic.

Central banks, most notably the Fed but including the ECB, concluded that inflation was not only well controlled but that the risk of its being too low was a greater threat to growth and financial markets than of its being too high. The environment let policymakers set inflation fears aside and pull out the stops in fighting the pandemic.

They embedded the use of massive bondbuying – quantitative easing in official parlance – as a permanent part of their toolkit, no longer treated as an exotic “unconventional” tool to be avoided; they dispatched any argument that the balance sheet of a reserve currency-issuing central bank had any theoretical limit, or any necessary bearing on the level of prices.

On the fiscal side, cheap borrowing costs came to be seen as an opportunity to spend the trillions of dollars needed to support households and businesses during the pandemic.

In another era, even just a decade ago, drawn-out battles would have ensued over all of that. In this one, there has been broad agreement that such measures were needed.

The recent jump in inflation has prompted concern that the combination of easy monetary policy and record government deficits may still produce the bad inflation outcomes Weidmann warned about.

But while his replacement in Germany may be hawkish, true to the Bundesbank’s legacy, the tone may by necessity be softer given the ECB’s broad embrace of higher inflation, major initiatives on climate change, and other policy shifts, wrote Evercore ISI vice chair Krishna Guha.

“We should not expect Weidmann’s successor to be anything other than hawkish relative to the New Keynesian U.S.-led central banking consensus that has steadily gained ground in the Eurosystem as well,” Guha wrote.

But “hawks come in different shades, and it will matter exactly what type of hawk we get,” Guha said. “Plausibly, his successor will be a bit less.”

At the Fed, those voices have become steadily more tempered as well. The true believers are now mostly found among former officials who comment at academic conferences and in the financial press.

Among policymakers even those most concerned about inflation and most skeptical that the new world is any different than the old are, for now, along for the ride. 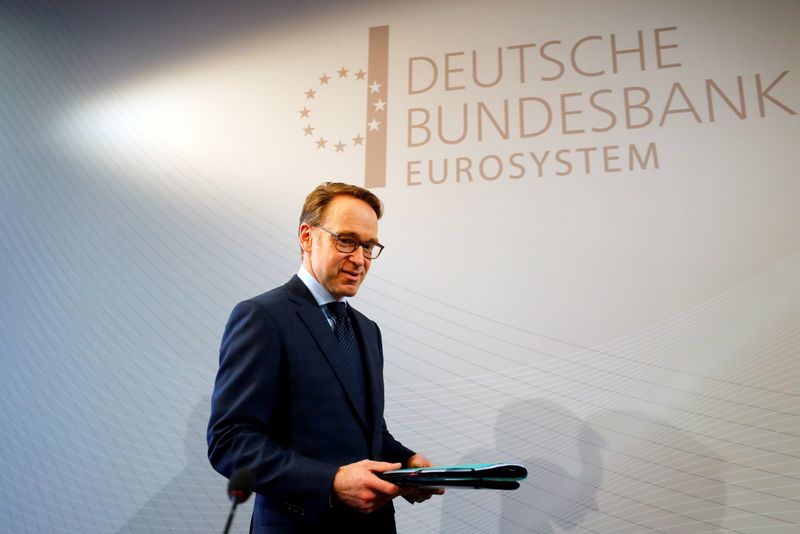