By John McCrank and Tom Wilson

NEW YORK/LONDON -Bitcoin on Thursday retreated from its all-time high struck a day earlier after the debut of the first U.S. bitcoin futures exchange-traded fund, while analysts questioned the impact on cryptocurrency investment flows.

Earlier, just after 7:30 a.m., Bitcoin’s price briefly plunged around 87% to $8,200, but only on Binance’s U.S. exchange. The flashcrash seemed to have been caused by a bug in an institutional trader’s algorithm, a spokesperson for Binance U.S. said.

“We are continuing to look into the event, but understand from the trader that they have now fixed their bug and that the issue appears to have been resolved,” the spokesperson said.

Bitcoin’s recent rally – six-months after its previous top of $64,895 – was fueled by the debut of the ProShares Bitcoin Strategy ETF <BITO.K>.

Investors have bet the long-awaited launch of bitcoin ETFs will lead to greater investment from both retail and institutional investors.

Yet analysts at J.P. Morgan voiced doubt over how long-lasting the boost to bitcoin’s price from the ProShares ETF, which trades under the ticker BITO, would be.

“Will the launch of BITO by itself bring significantly more fresh capital into bitcoin? We doubt it given the multitude of investment choices bitcoin investors already have,” they wrote in a note.

Still, others predicted that bitcoin’s latest peak could lead to further gains this year, but not without headwinds.

“Bitcoin’s bullish momentum could last a lot longer, but the global energy crisis should not be ignored,” said Edward Moya, senior market analyst at Oanda. “Cryptocurrency energy consumption could draw scrutiny from many governments that are battling energy shortfalls.”

If the current momentum continues, bitcoin could make a run towards the $75,000 region, but a “greenlight towards $100,000 seems difficult until the global energy crisis is in the rear-view mirror,” he said. 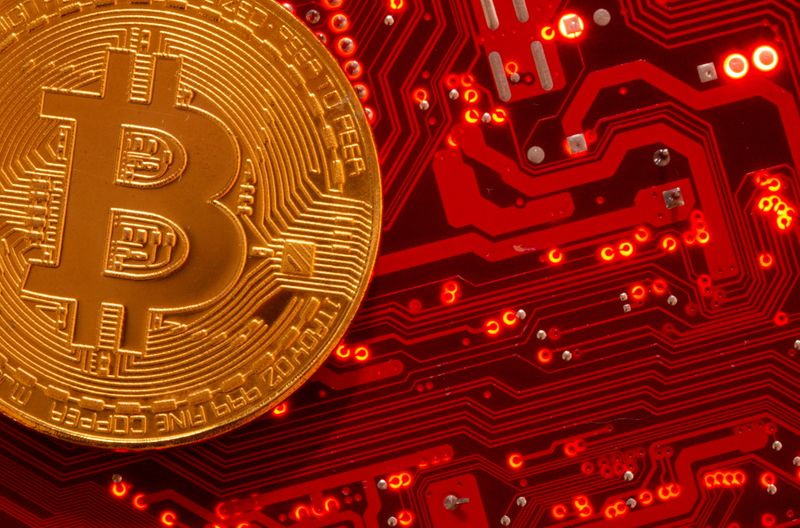