-Blackstone Group Inc, the world’s biggest manager of alternative assets such as private equity and real estate, said on Thursday its distributable earnings more than doubled in the third quarter to an all-time high.

Blackstone and other private equity firms have capitalized on low interest rates and the economic recovery from the COVID-19 pandemic to sell many of their assets for top dollar.

The New York-based firm reported distributable earnings of $1.28 per share, up 112% from a year ago, exceeding the average Wall Street analyst estimate of 91 cents, according to Refinitiv. Its shares rose 3.5% to $133.25 on Thursday morning, giving the firm a market capitalization of more than $154 billion.

“We believe our portfolio overall is well-positioned for future cycles, including a likely scenario of rising interest rates,” Blackstone Chief Executive Stephen Schwarzman told analysts on an earnings call.

Blackstone said it cashed out on $21.8 billion worth of assets during the quarter, including the sale of its stake in U.S. supply-chain software firm Blue Yonder to Japanese electronics giant Panasonic Corp.

Blackstone also said it spent $37.1 billion on new investments, including the $6.7 billion privatization of data center operator QTS Realty Trust Inc and the acquisition of single-family rental company Home Partners of America in a $6 billion deal.

Blackstone said its private equity fund appreciated by 9.9% during the quarter, compared with a 0.23% rise in the S&P 500 index over the same period. Opportunistic and core real estate funds rose 16.2% and 7.6%, respectively.

Under generally accepted accounting principles (GAAP), Blackstone said its net income nearly doubled to $1.4 billion, driven by investment income. Its net accrued performance revenue, which represents paper profit that is yet to be cashed, reached $8.3 billion.

Blackstone’s total assets under management rose to $730.7 billion, from $648.8 billion three months earlier. It ended the quarter with $127.2 billion of unspent capital and declared a quarterly dividend of $1.09 per share. 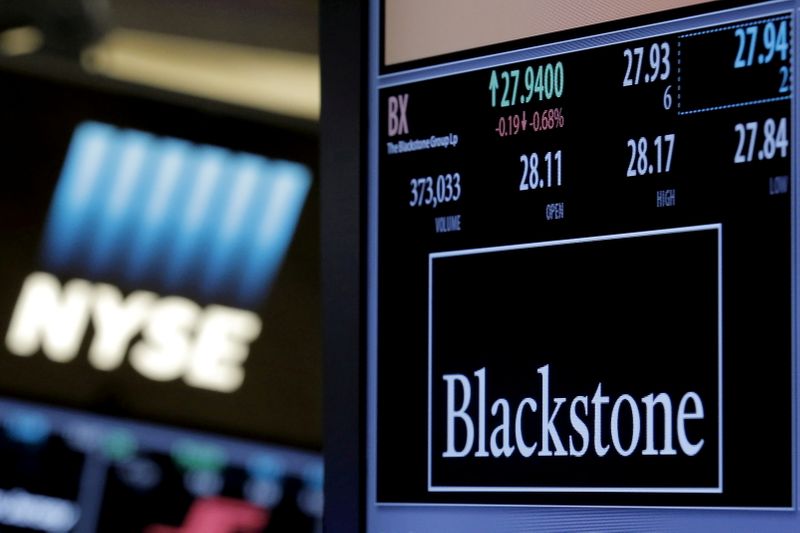