TOKYO -Japan’s banking system remains broadly stable but financial institutions could face risks including from a possible increase in credit costs caused by a delay in the economic recovery, the Bank of Japan (BOJ) said in a report on Thursday.

Financial institutions also risk incurring losses on their securities investment portfolios in the event of a rapid market adjustment, the BOJ said, adding the central bank must remain vigilant.

“Credit risk of overseas loans is generally contained as overseas economies recover on the whole. Nevertheless, there are signs of deterioration in some portfolios that seem to be severely affected by the pandemic,” said the BOJ in its semi-annual report analysing Japan’s banking system.

Markets expect the Federal Reserve to announce bond tapering plans in November with some projecting an interest rate hike as early as next year.

Under a scenario where U.S. long-term interest rates rise 100 basis points and hurt emerging economies, big Japanese banks with global operations will see their capital adequacy ratio slide to 9.6% in fiscal 2023 from the current 12.5%, the report said.

A further worsening of Japan’s economy could deal a heavy blow to banks focusing on domestic operations with their capital adequacy ratio seen falling to 9.5% from 10.1%, the report showed.

“In the event of a substantial and rapid adjustment in global financial markets, financial institutions’ health may deteriorate and disrupt financial intermediation that could then further hurt Japan’s economy,” the report said. 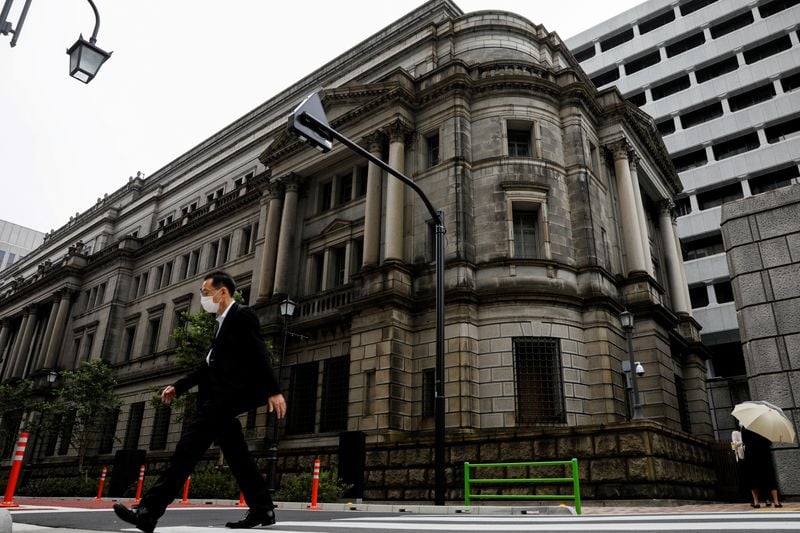