BRUSSELS – Britain’s defence minister called on China on Thursday to find a peaceful way to settle its dispute with Taiwan, warning that Chinese incursions into the Taiwanese air defence zone were dangerous and could spark conflict.

Western capitals and Taipei are on alert after the Chinese air force intensified its overflights on Oct. 1.

“You’re in danger of destabilising the region, you’re in danger of provoking further conflict in other disputed areas,” he said during a visit to Brussels for a NATO meeting, which is not expected to discuss China or Taiwan.

Military experts say the overflights by Chinese bombers, and Taiwan’s scrambling of its jets in response, heighten the risk of an accident or miscalculation that could touch off a crisis.

Chinese President Xi Jinping vowed on Oct. 9 to achieve “peaceful reunification” with Taiwan and did not directly mention the use of force.

But democratically ruled Taiwan has come under increased military and political pressure from Beijing to accept its sovereignty over the island, which it regards as a renegade province. Taipei has pledged to defend its freedom.

“The difference between mainland China and Taiwan needs to be resolved through peaceful methods,” Wallace said, adding that he saw parallels with Hong Kong.

The former British colony was handed over to China by in 1997 under a “one country, two systems” framework, allowing it to enjoy freedoms, such as those of expression and assembly, and an independent legal system, not enjoyed on the mainland.

But Communist-ruled China has imposed a sweeping national security law to crack down on dissent. Beijing and Hong Kong officials deny Western accusations that law impinges on the city’s freedoms.

“I think it’s why we were so worried about Hong Kong, because Taiwan was effectively included in the ‘one country, two systems’,” Wallace said. “And if you trash that and you break those commandments, what does that mean for Taiwan?” 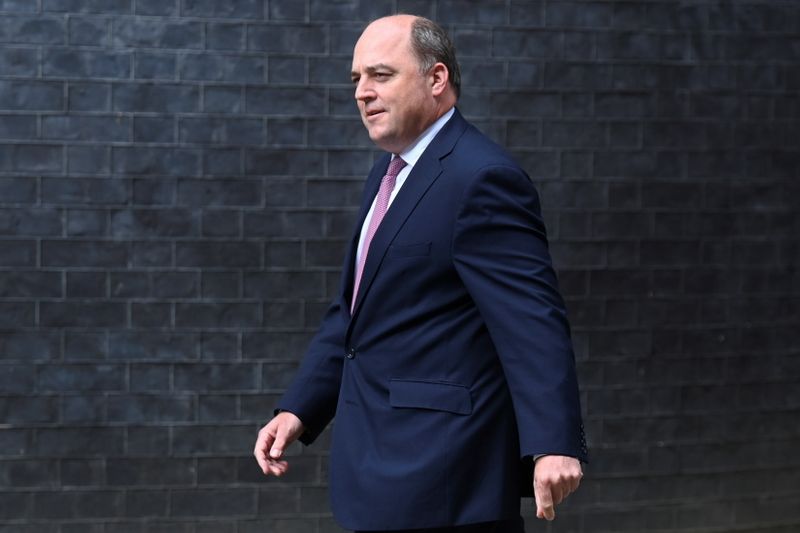