HAVANA – Cuban prosecutors on Thursday summoned dissident leaders from across the country who have called for protests on Nov. 15 over curbs to civil rights, warning them against convening the rallies under penalty of the law.

The protest leaders, organized by a Facebook group called Archipelago, have called on Cubans to demonstrate for the right to peaceful protest and an amnesty for imprisoned government opponents. The group says it has some 20,000 members, many of whom live outside the country.

The Cuban government last week denied permission for the protest, saying Archipelago had links with “subversive organizations” and an “open intention of changing the political system in Cuba.”

A Cuban vice-prosecutor, Yaumara Angulo González, told reporters on Thursday that officials issued the fresh warning because the protest leaders had ignored the government and publicly renewed calls for the marches.

Yunior Garcia, the group’s leader, told reporters outside the prosecutor’s office in Havana that he still planned to march himself on Nov. 15.

“We are not mercenaries, nor are we receiving orders from anyone,” said Garcia. “We are openly demonstrating a difference of opinion.”

Since Fidel Castro’s 1959 revolution, dissident protests have been forbidden on grounds that they were fomented by the United States, but Cuba’s new constitution, approved three years ago, opened a space for “legitimate” demonstrations.

Garcia said his march will be “peaceful, civic, with nothing to do with violence.”

“This is my personal decision, beyond the threats that I have received today in this building,” he said.

The latest tensions come three months after two days of the biggest anti-government demonstrations in decades rocked the Communist-run country in July. They resulted in a flurry of arrests, and well-known government opponents are among those who remain behind bars, some facing long sentences.

Cuban authorities said those arrested were guilty of crimes including public disorder, resisting arrest, and vandalism.

Archipelago’s planned protest on Nov. 15 falls on the same day Cuba, an island nation of white sand beaches and coral reefs, plans to reopen to tourism after two years in which it says the all-important industry was hobbled by the coronavirus pandemic and fresh U.S. sanctions.

The protesters had initially planned demonstrations across the country for Nov. 20, but switched the date to Nov. 15 after authorities declared the 20th a “National Defense Day” during which citizens practice preparedness for a U.S. invasion. 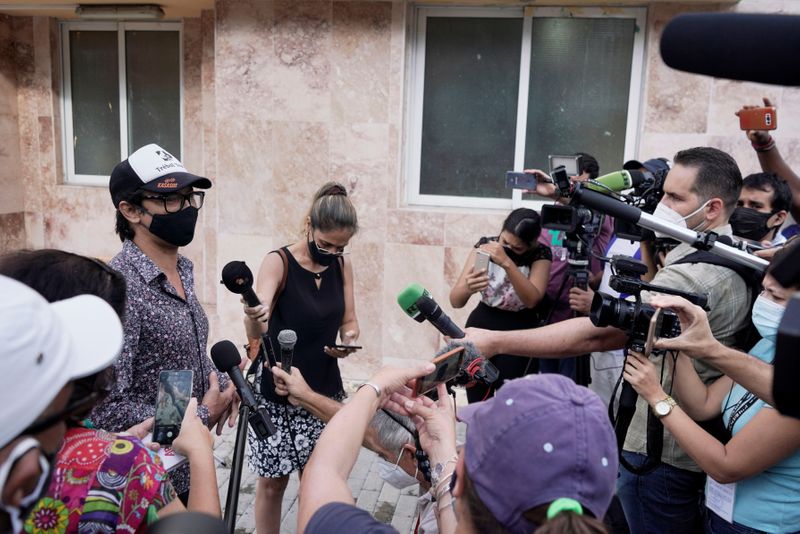