ISTANBUL -President Tayyip Erdogan said he believed Turkey and the United States will make progress in talks for the sale of F-16 fighter jets and that Ankara will recoup $1.4 billion it paid for F-35s it is blocked from buying, Anadolu agency reported on Thursday.

Erdogan said at the weekend that the United States had offered to sell Turkey the F-16s in return for Ankara’s downpayment on the more advanced F-35s, which Washington blocked after Turkey bought Russian missile defences.

Washington, which also imposed sanctions in December on Turkey’s defence industry, said it had made no financing offer to its NATO ally.

“We will get this $1.4 billion of ours one way or another,” Anadolu agency quoted Erdogan as telling reporters on a return fight from Nigeria, adding the Turkish and U.S. defence ministers would discuss the issue.

“I believe we will make progress. We will of course talk about this with (U.S. President) Biden at the G20 meeting in Rome.”

Asked about the talks on the issue, Turkish Foreign Ministry Spokesman Tanju Bilgic said that Turkey and the United States were discussing possibly using the payment for the F-35s to finance Ankara’s F-16 purchase.

“The options for us are simple: we will either return to the (F-35) programme, get the planes, or they will refund our money. In this framework, using the money we paid for the F-35s for the modernisation of the F-16s is on the agenda,” Bilgic said.

The decades-old alliance between Ankara and Washington has been seriously strained in the past five years over policy differences on Syria, Turkey’s Russian S-400 missile defence purchase, tensions in the east Mediterranean and human rights.

Ankara has said it hopes for better ties under the new U.S. administration, but talks between Erdogan and Biden have so far yielded little progress. 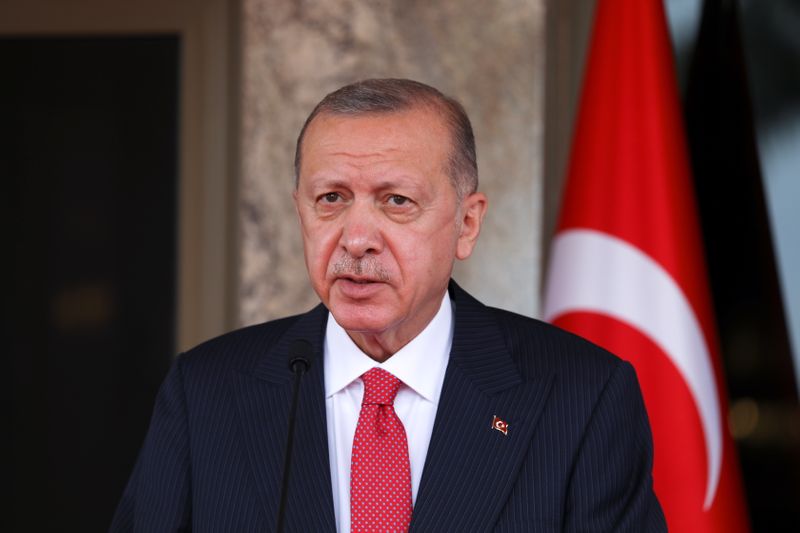