ADDIS ABABA -Ethiopia carried out an air strike on the city of Mekelle for the third day this week, a government spokesperson said, in a campaign to weaken rebellious Tigrayan forces they have been fighting for nearly a year.

Spokesperson Legesse Tulu told Reuters the strike hit a military training centre being used by the Tigrayan forces. He said the centre was a former base, known as the Northern Command, for the Ethiopian military in the area.

War broke out in November 2020 between federal troops and the Tigray People’s Liberation Front (TPLF), which ruled Ethiopia for three decades but now controls just the northern region. Thousands of people have been killed and more than 2 million have been forced to flee.

The air strikes come amid intensified fighting in the neighbouring northern region of Amhara, where the government launched a ground offensive last week and is trying to recover territory it lost to the TPLF several months ago.

TPLF spokesperson Getachew Reda told Reuters that a fighter jet had been over the city of Mekelle on Thursday afternoon and had made several sorties, but to his knowledge the plane had not hit any targets.

Reuters was unable to independently confirm either the government statement or that from the TPLF.

A resident of Mekelle told Reuters he had heard what he believed to be the sound of a fighter jet flying overhead at 3:24 p.m., and heard the sound of an explosion which he took to be from an anti-aircraft gun.

The raids come as the Tigrayan forces claim they are advancing quickly despite the military’s attempts to beat them back.

Tigrayan forces are close to the large towns of Dessie and Kombulcha, but are securing the countryside to the north by pushing out federal troops and allied militias, Getachew said.

Asked about that claim, the government spokesperson referred Reuters to a statement earlier in which it said that people, especially youth, from parts of Amhara and neighbouring Afar regions are mobilizing to defend their land from the Tigrayan fighters. It called on people from other parts of Ethiopia to support the effort, saying that an “organised mobilisation” was needed to defeat the Tigrayan forces.

Kombulcha has an airport and a number of factories, while Dessie is now home to many tens of thousands who fled fighting further to the north. Kombulcha is located on one of two major highways that link the capital of landlocked Ethiopia to the seaport in neighbouring Djibouti. 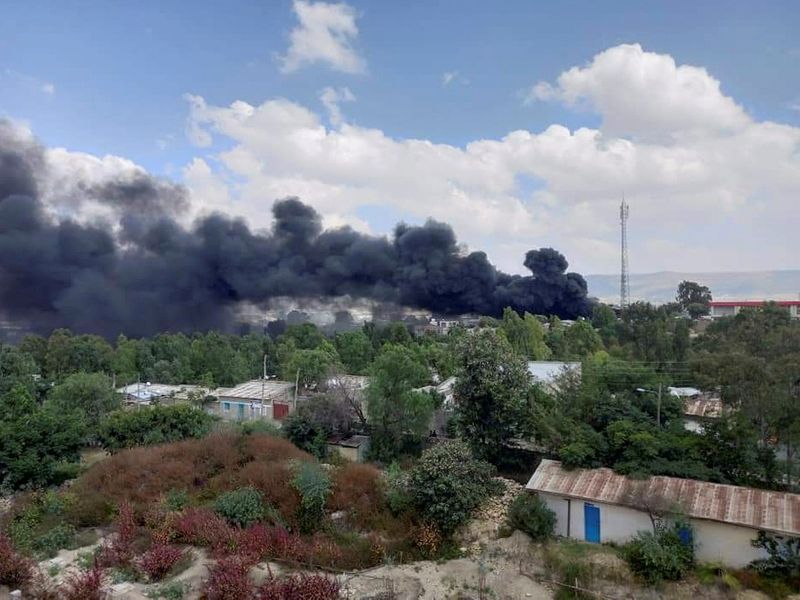 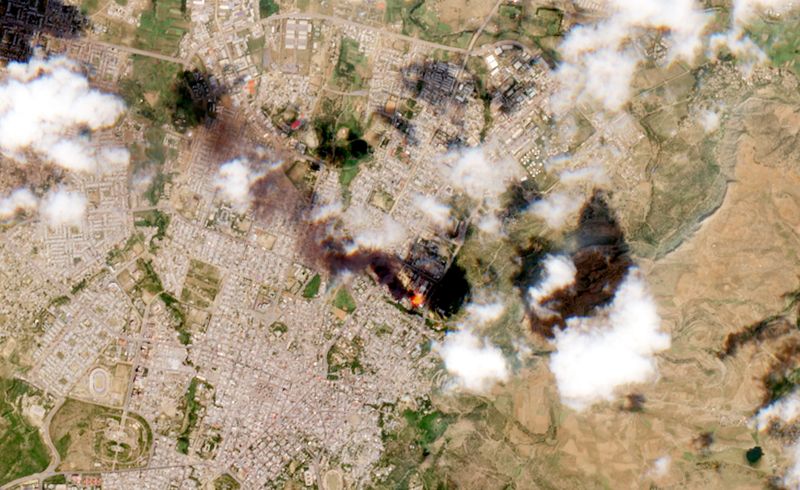