By David French and Diane Bartz

NEW YORK/WASHINGTON – U.S. antitrust regulators have extended the approval process for at least five oil and gas mergers and acquisitions in the last three months, as President Joe Biden’s administration scrutinizes deals in a bid to tackle soaring energy prices, according to regulatory filings and corporate lawyers.

The slowdown comes amid growing pressure on policymakers to respond to consumer angst over skyrocketing retail gasoline prices, as U.S. crude futures hit multi-year highs. The White House has been calling U.S. oil and gas producers to ask how they can help lower prices, Reuters reported last week.

The move is also emblematic of a new push by the Federal Trade Commission (FTC) to protect consumers, workers, the environment and society at large. Under its new chair Lina Khan, the antitrust regulator has taken a tough stance on deals ranging from technology to healthcare.

Such scrutiny is rare in the oil and gas sector, where deals typically sail past regulators, more than a dozen industry sources, including lawyers and bankers advising on energy deals, said in interviews.

This is because these companies sell their output to a global market, and regional consolidation has no impact on energy prices dictated by supply and demand worldwide.

Maureen Ohlhausen, chair of antitrust & competition law at Baker Botts LLP, who served as acting FTC chair from January 2017 until April 2018 under the previous Trump administration, called the scrutiny unprecedented.

“Even though previous Democratic FTC commissioners wanted active enforcement, the industry was told what the standards were, deals got reviewed and things moved along. This is really different,” Ohlhausen said.

“I believe the FTC Chair, effectively, would like to deter mergers.”

“I am aware of two mergers in the last couple of months where FTC staff did not see a need to issue a second request but were overruled by their management,” said Darren Tucker, chair of the antitrust practice at law firm Vinson & Elkins LLP. He declined to name the two deals.

EnCap and EP Energy did not respond to comment requests.

Sources indicated there were other transactions which have received second requests in recent weeks but declined to identify them.

Second requests involving oil and gas producers are rare, and it is more common for the FTC to scrutinize deals involving pipelines and gas stations. Pipeline operator Energy Transfer LP said in May it received a second request on its proposed $7.2 billion takeover of Enable Midstream Partners LP.

The FTC’s scrutiny threatens to put the brakes on dealmaking in the oil patch, which had already dropped to $18.5 billion of mergers and acquisitions between U.S. oil and gas producers in the third quarter, down from $33.4 billion in the second quarter, according to data analytics firm Enverus.

The White House has been public with its requests for the FTC to act as the reopening of economies around the world in the aftermath of the COVID-19 pandemic drives up energy consumption. Brian Deese, director of the National Economic Council, wrote to FTC Chair Khan in August asking her to investigate soaring energy prices.

Khan responded that the FTC will scrutinize consolidation among gas station operators, but also look at dealmaking in the energy industry more broadly.

The Biden White House has already irked the oil and gas industry by making climate change a priority in its administrative agenda. It temporarily halted the issuance of new leases for drilling on federal land and has proposed to end some fossil fuel subsidies. Energy companies argue these moves will push up energy costs.

To be sure, it is not clear whether the FTC will seek to block any of the energy deals it has subjected to second requests.

The regulator has not challenged a major merger of oil and gas producers since BP Plc’s $27 billion acquisition of Atlantic Richfield Co in 2000. It sued to block the merger and only agreed to drop its objections after BP offered to divest oil production acreage in Alaska.

A major test for the FTC will be ConocoPhillips’ proposed $9.5 billion acquisition of Royal Dutch Shell Plc’s Permian Basin assets. It was announced last month, and any FTC second request would be made in the coming weeks.

(Reporting by David French in New York and Diane Bartz in Washington; Additional reporting by Valerie Volcovici in Washington and Shariq Khan in Bengaluru; Editing by Greg Roumeliotis and Richard Pullin) 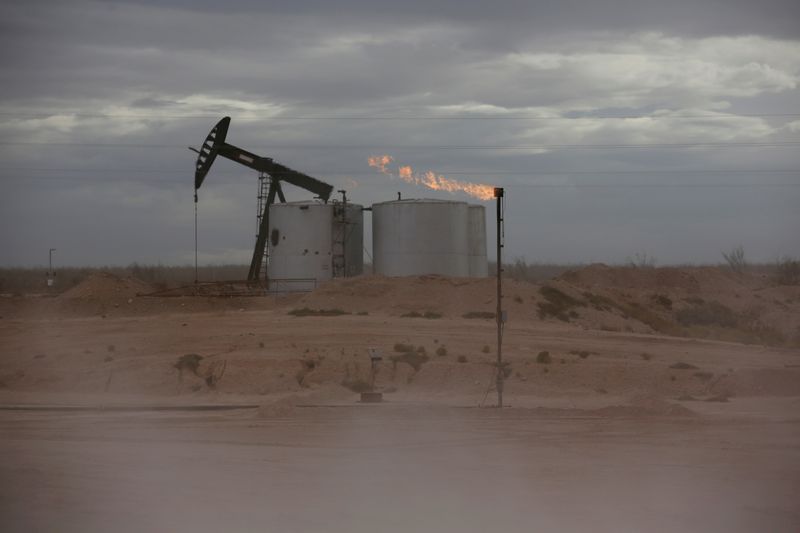