LONDON – Britain’s Queen Elizabeth, the world’s longest-reigning monarch, spent a night in hospital but returned to Windsor Castle on Thursday.

Here are some facts about the 95-year-old queen:

After her uncle, Edward VIII, abdicated in 1936 for the love of a divorced American woman, the queen’s father, George VI, inherited the throne.

Two years after World War Two, she married navy Lieutenant Philip Mountbatten, a Greek prince, whom she had fallen for during a visit to a naval college when she was just 13.

She was just 25 when she became Queen Elizabeth II on Feb. 6, 1952, on the death of her father, while she was on tour in Kenya with Prince Philip.

She was crowned monarch on June 2, 1953, in a ceremony at London’s Westminster Abbey that was televised live.

Philip was said to be shattered when his wife became queen so soon.

Her marriage to Philip, whom she wed when she was 21, stayed solid for 74 years until his death in April 2021.

Winston Churchill was the first of her 14 British prime ministers.

As head of state, the queen remains neutral on political matters. The queen does not vote.

Elizabeth, who acceded to the throne as Britain was shedding its imperial power, has symbolised stability. Her nearly 70-year reign is the longest of any British monarch.

A quiet and uncomplaining dedication to the duty of queenship, even in old age, has earned her widespread respect both in Britain and abroad, even from republicans who are eager for abolition of the monarchy.

OFFICIAL TITLE IN THE UNITED KINGDOM

Her Majesty Elizabeth II, By the Grace of God, of the United Kingdom of Great Britain and Northern Ireland, and of Her Other Realms and Territories Queen, Head of the Commonwealth, Defender of the Faith.

The Queen is head of state of 15 Commonwealth countries in addition to the United Kingdom. She is also head of the Commonwealth itself, a voluntary association of 54 independent countries.

The 40th anniversary of her accession, in 1992, was a year she famously described as an “annus horribilis” after three of her four children’s marriages failed and there was a fire at her Windsor Castle royal residence.

The death of Princess Diana, the divorced wife of Elizabeth’s son and heir-to-the-throne Prince Charles, in 1997, damaged the family’s public prestige.

Charles’ younger son, Harry, and wife Meghan said in an explosive interview with Oprah Winfrey earlier this year that one unidentified royal had made a racist remark about their first-born child. The couple had stepped back from royal duties in early 2020 and moved to the United States. 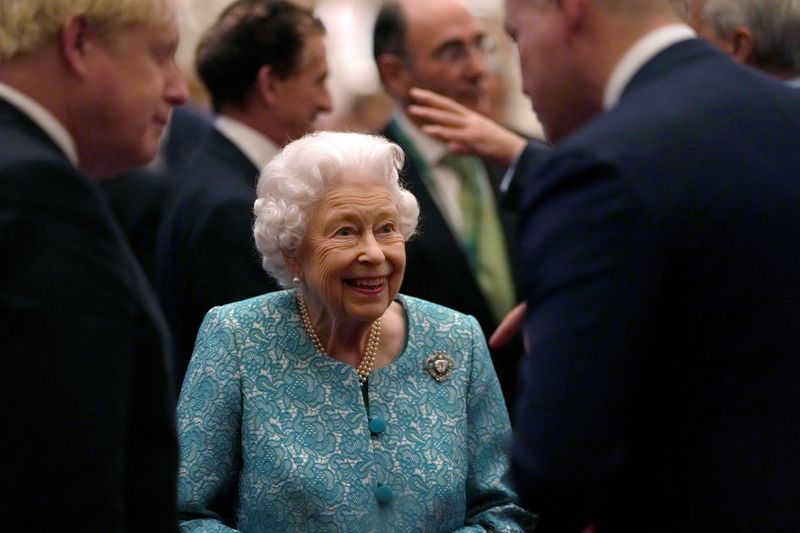