WASHINGTON – Trade chiefs from the developed world’s economic powerhouses gathering on Friday have few options at hand for a rapid fix to the supply chain woes driving up inflation and crimping growth, a problem trade experts say arises from market forces outside their reach.

The G7 trade ministers meeting in London may call for stronger efforts to clear backlogs at container ports and other transport bottlenecks, more infrastructure improvements to speed goods to market and diversification of sources of key components such as semiconductors, including more domestic output.

But these are all long-term solutions. Market forces that created excess demand for goods may already be well on their way to correcting the problem.

“These officials have very few arrows in their quiver to address this problem,” said Harry Broadman, a managing director at Berkley Research Group and a former U.S. trade official. “This is ultimately driven by consumer demand.”

With demand and supply out of sync and the logistics struggling to catch up, it could take up to six months for many goods shortages to ease, he said, with much of the shift brought about by market forces and private sector firms filling the gap.

U.S. President Joe Biden last week announced new 24 hour-a-day port operations in Los Angeles and called on private sector logistics firms to “step up” along with big retailers such as Target and Wal-Mart to speed goods to shelves in time for the Christmas holidays. But logistics experts, economists and labor unions have warned that the efforts may be only incremental steps in unwinding the backlog.

U.S. Republican lawmakers, seizing on the bottlenecks for political gain, urged Biden in a letter to “address the global supply chain and ports crisis before Congress even considers any additional social spending and taxation legislation.”

But addressing some of the most critical supply chain needs will take time, said William Reinsch, a trade expert at the Center for Strategic and International Studies and a former Commerce Department export official.


Adding domestic production capacity for more semiconductors to reduce reliance on a handful of Asian countries will take years and upgrading port infrastructure to increase efficiency and throughput is also a long term effort, he said.

“It’s going to be a very complex issue. The market will deal with some of it, but government policy can support adjusting as well, especially on the infrastructure side,”

Much of the current problem is a mismatch of strong pent-up demand for goods fueled by coronavirus aid checks and savings built up during pandemic lockdowns against supplies constrained by production shutdowns, dwindling inventories and shortages of workers.

U.S. Treasury Secretary Janet Yellen described the phenomenon as a “very, very unusual shock” that shifted spending away from services such as travel, lodging and restaurants.

“Instead, we’ve been gobbling up goods and commodities like we’ve never seen before,” Yellen told MSNBC in an interview that aired on Wednesday.

But the boom in consumption that has pushed U.S. consumer spending on durable goods 25% above trend this year won’t last and will likely be replaced by below-normal demand in 2022, UBS Chief Economist Paul Donovan said in a note to clients. This will slow GDP growth and cool inflation.

Equity analysts at Jefferies said the supply chain crisis may have already peaked with the passing of a mid-October shipping deadline for holiday goods, freeing up capacity for “baseline” shipping of machinery, automotive goods and home furnishings.

“There are signs that we are past the peak pinch and Jefferies’ analysts expect to see significant improvement by the second half” of 2022, the firm said in a research report.

Data from Tradeshift, a digital platform that facilitates and processes business-to-business trade transactions, indicates that an equalization of demand and supply is already underway.

The group’s index of third quarter order volumes fell by 24 points from the second quarter to 85, well below the 100-point score that is equal to pre-pandemic trend forecasts.

“Buyers are starting to question the wisdom of putting fresh orders into a system that is buckling under an enormous backlog,” Tradeshift CEO Christian Lanng said in a statement. “The longer this situation continues, the more likely we’ll see a more prolonged reversal heading into 2022.” 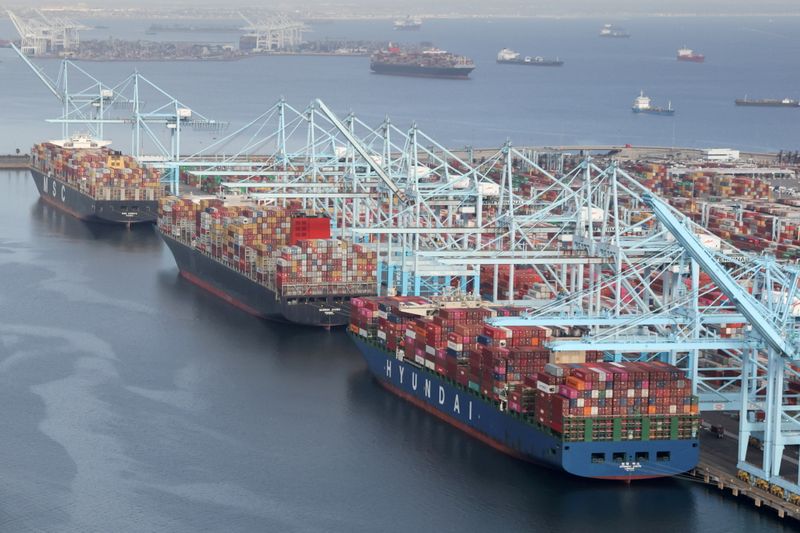