KABUL – Each time Hussain Rahimi leaves his Kabul home for the mosque to pray, he recites the Kalima – a short verse that is the central tenet of Islam – because he is not sure he will come home alive.

“I am afraid. My family is afraid when we go to the mosque,” said 23-year-old Rahimi, an ethnic Hazara – a predominantly Shi’ite community that has been at the receiving end of some of the most violent attacks in Afghanistan’s bloody history.

The last two Fridays have seen suicide bombings at mosques – both attacks claimed by Islamic State (ISIS) and both targeting the minority Shi’ite sect. More than 100 people were killed in total.

In the wake of the violence, some Hazaras are not going to the mosque at all.

Hazaras have long been discriminated against in Afghanistan from a mix of factors, of which religion is just one.

But while thousands died under the last Taliban government from 1996-2001, it was the appearance of Islamic State in Afghanistan from around the start of 2015 that made them and the wider Shi’ite community a systematic target.

Many hundreds were killed in suicide attacks on mosques and community centres by hardline Sunni militants who do not see them as true Muslims, bringing a form of the sectarian violence that devastated countries like Iraq to Afghanistan.

No up-to-date census data exists, but estimates put the size of the overall Shi’ite community at between 10-20 percent of the population, including Persian-speaking Tajiks and Pashtuns as well as Hazaras.

In addition, Hazaras have often also been victim of the ethnic and economic rivalries endemic to Afghan politics.

Rahimi lost his sister, a 12th grade student, in a bombing of a Kabul school in May which killed mostly young girls.

Although the Taliban have promised that all of Afghanistan’s ethnic groups will be protected, the killing has gone on since they seized power in August.

“When we are out of our homes, our family calls and asks where we are … they tell us to return home quickly, the situation is bad,” says Rahimi, a computer science student at Kabul University, clutching a picture of his sister.

He is still working up the courage to go to the mosque for Friday prayers – the most important congregation for Muslims across the world.

GARDEN OF THE MARTYRS

With more than 400 Shi’ite mosques in Kabul alone, total security is impossible and no one knows where the next attack will come.

The Persian-speaking Hazara, thought to trace their descent back to the armies of the 13th century Mongol conqueror Genghis Khan, are considered the third largest ethnic group in Afghanistan behind the Pashtuns and Tajiks.

But they have suffered discrimination and oppression ever since the “Iron Amir” Abdur Rahman cleared thousands from their lands in central Afghanistan during his ruthless campaign to found the modern Afghan state in the 19th century.

So many have been killed in suicide attacks that they have a special graveyard in Kabul, called the Garden of the Martyrs, where most of those killed in the May school bombing were buried.

Asif Lali, who works at a clinic a few meters away from the school, has decided with his family to stay away from Friday prayers for the moment.

“We are frightened of everything. Even when we cross the road,” he said.

Like many Shi’ite Hazara families in Kabul, he is no stranger to death. He lost his younger brother when an Islamic State suicide bomber killed dozens of people outside Kabul airport during the chaotic evacuation in August.

“The attacks on Shias are not just in mosques … they happen in educational institutions and universities – in the education institution you see behind me,” he said.

Under the previous government, Shi’ite communities were offered some basic training and weapons so that they could protect their mosques, but the Taliban have mostly removed these, leaving many feeling even more vulnerable.

Taliban authorities pledged to step up security at Shi’ite mosques last week, but the assurance is not enough for many, who have little faith in a movement long seen as their enemy.

“They should consult with the leaders, the scholars, the professors, and other social activists of the Hazara and Shia people, who know more than the Taliban about their security problems,” the professor Sayed said. 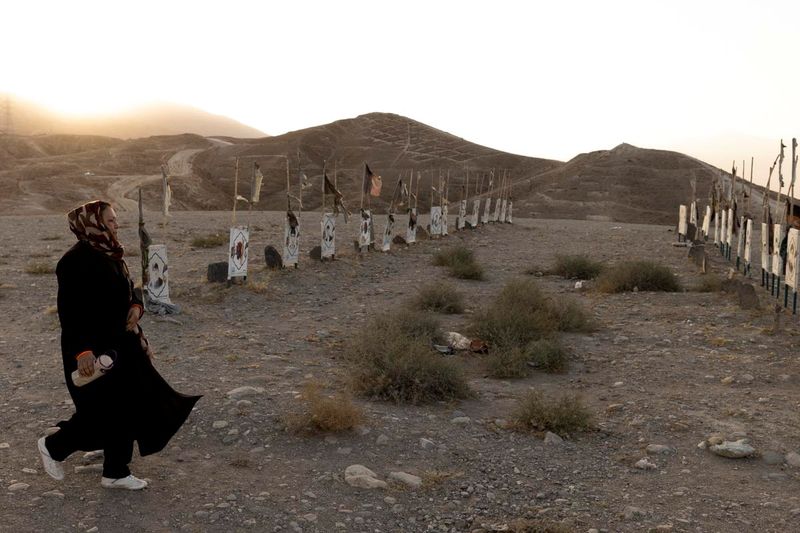 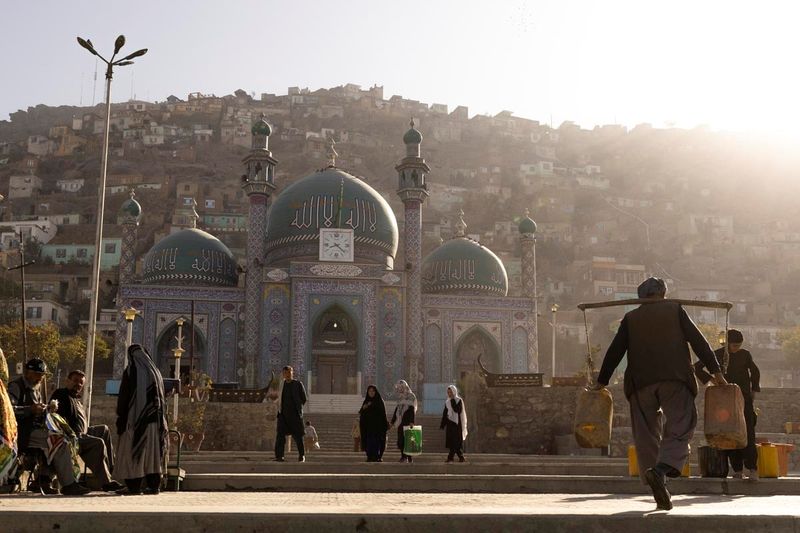 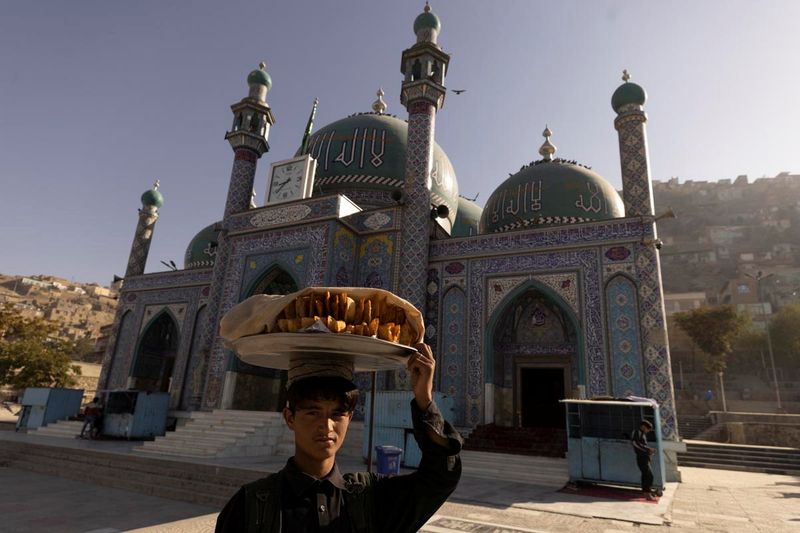 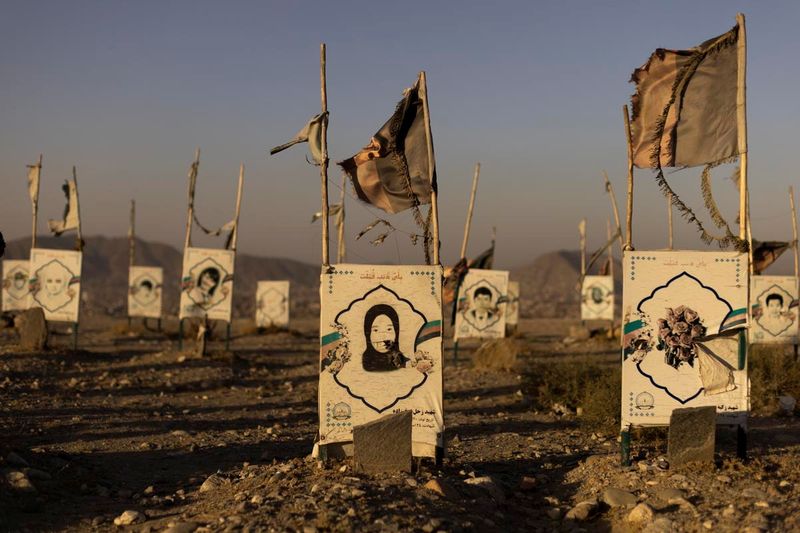 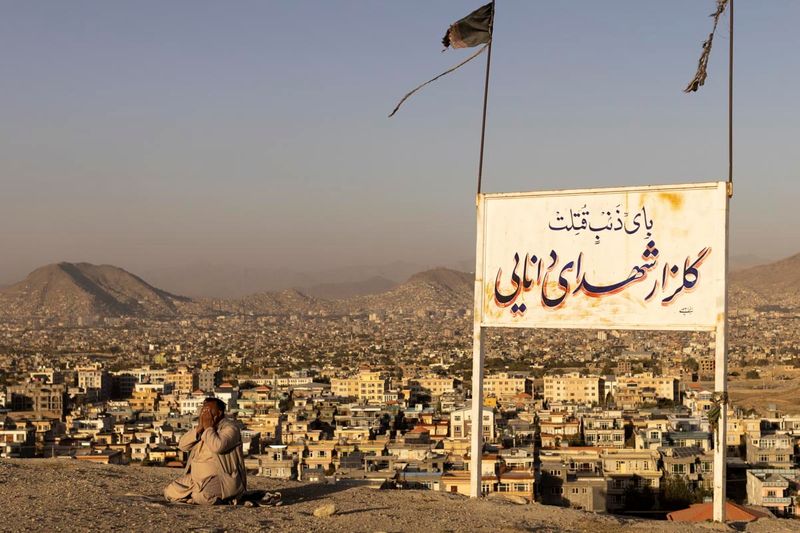