DETROIT – Ford Motor Co sees a robust market for electric trucks and vans by 2030, but it is facing some early pushback from commercial customers that are a key audience for the automaker’s new F-150 Lightning and E-Transit, a top executive said on Thursday.

Those are not insurmountable obstacles over the longer term, according to Cannis, who told Reuters:

With electric work trucks and vans, Cannis said, fleet customers can save money on fuel, maintenance and repairs, “but there is still a fear of the unknown” about EVs among both employees and managers.

He said Ford is upbeat, however, about the reaction from potential buyers who have driven the Lightning and “think it’s the most exciting F-150 ever.” With 150,000 reservations from both fleet and retail customers, “we have so much demand, I’m not sure how we can supply” enough vehicles.

In August, Ford doubled its production target for the Lightning because of strong early demand for the truck ahead of its 2022 launch. Ford is targeting annual production of more than 80,000 vehicles in 2024, up from its prior target of more than 40,000, sources told Reuters.

(Reporting by Paul Lienert in Detroit; Editing by Matthew Lewis) 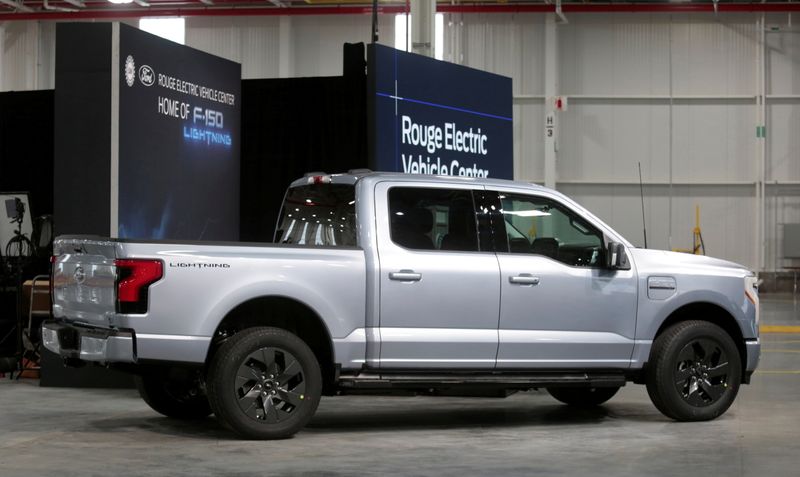