SIENA, Italy -Former Italian Prime Minister Silvio Berlusconi was acquitted on Thursday of allegedly bribing a witness in a 2013 underage prostitution case, giving a fillip to the 85-year old who has been battling ill-health.

Berlusconi was accused of paying pianist Danilo Mariani to lie in a trial where he was charged with paying for sex with 17-year-old Moroccan nightclub dancer Karima El Mahroug, better known in Italy by her stage name, Ruby the Heartstealer.

Berlusconi, leader of the centre-right Forza Italia (Go Italy!) party, was eventually acquitted in that case and he pleaded not guilty in the subsequent bribery trial.

“I spoke to Berlusconi a little while ago and he is very relieved and satisfied,” said his lawyer Federico Cecconi after the verdict was issued by the court in the Tuscan city of Siena.

However Berlusconi still faces two other similar cases of alleged bribery which are being tried by courts in Rome and Milan.

Mariani was sentenced in May to two years in prison by the Siena court for lying at the original trial where he said Berlusconi’s physical contact with his female guests was just to shake their hands. On Thursday he was acquitted of taking bribes.

The alleged payments to various witnesses are being handled in different courts around the country according to the location of the banks that received the money.

The trials have been suspended several times in the last year due to the failing health of Berlusconi, who served four terms as prime minister. He has been in and out of hospital repeatedly after contracting COVID-19 in September 2020.

However, his condition has appeared to improve this month and on Thursday he flew to Brussels for a meeting of European centre-right leaders, a rare political trip abroad.

Berlusconi was originally found guilty of paying to have sex with El Mahroug, who at 17 was considered a minor by Italian law, and was sentenced to seven years in jail.

However, the verdict was overturned in 2014 by an appeals court which ruled there was no proof he had known Mahroug’s age. The acquittal was upheld by the Supreme Court.

Berlusconi’s political career has been dogged by legal battles. After a conviction for tax fraud in 2013, he was temporarily barred from office.

That ban has long expired, however, and his name is sometimes touted as a possible candidate for head of state when a new president is chosen early next year. 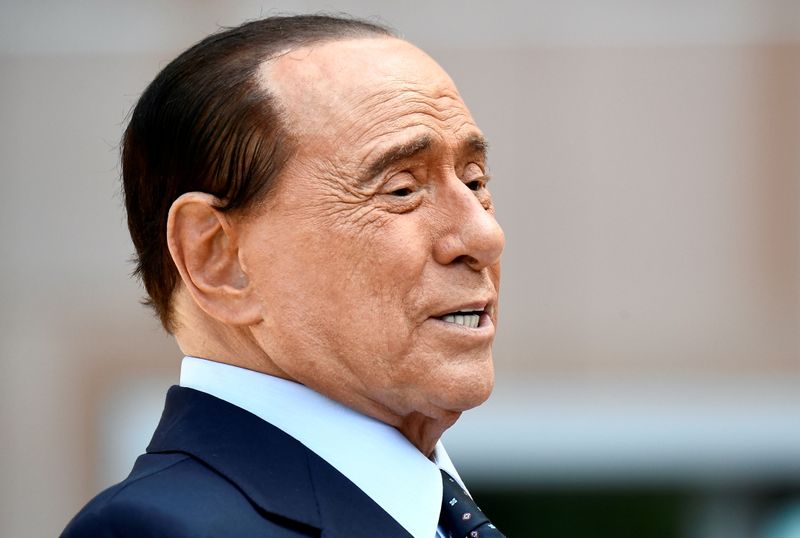