TRIPOLI -Libyan Prime Minister Abdulhamid Dbeibah supported on Thursday the holding of a national election on Dec. 24 as envisaged in a U.N.-backed peace plan.

Speaking at the Libya Stabilization Conference in Tripoli, he said it was possible to end the lengthy crisis that has engulfed the country since the NATO-backed uprising that toppled Muammar Gaddafi in 2011.

“We support the efforts of the higher election committee to hold (the vote) on the planned date. I call for a wide and effective participation of Libyans in the elections,” Dbeibah said.

The election has been viewed as a key step in efforts to end a decade of violence by creating a new political leadership whose legitimacy is widely accepted.

Wrangling over the constitutional basis for an election, the rules governing the vote and questions over its credibility have threatened to unravel the peace process.

The United Nations process has called for presidential and parliamentary elections for December 24.

Any move to hold an election without widespread acceptance by rival political institutions could lead major factions to reject the vote, potentially triggering another violent schism.

Unifying the country’s fragmented armed forces, divided between a host of groups split between two broad coalitions in east and west, as well as resolving the role of foreign powers and mercenaries in Libya, is also crucial.

“There is no other option but to respect fully the principle of non-interference. Deterrent actions should be taken against all those who interfere in others’ sovereignty,” said Libyan Foreign Minister Najla Mangoush, referring to foreign forces deployed in the North African country.

The role of major foreign states is seen as critical to keeping in check any major players that may seek to sabotage the process if they believe their interests are threatened.

However, the international community has been split over the Libya conflict, with regional powers backing different sides before the latest peace push.

U.N. Deputy Secretary General for Political Affairs Rosemary DiCarlo said the elections should pave the way for the unification of the Libyan military establishment and that all foreign forces should leave the country. 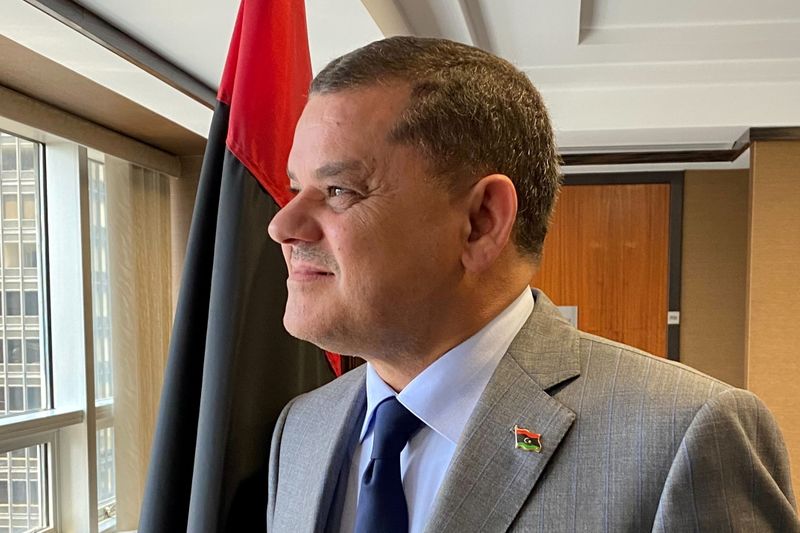