– A vast trove of fossils unearthed in Argentina’s southern Patagonia region is offering the oldest-known evidence that some dinosaurs thrived in a complex and well-organized herd structure, with adults caring for the young and sharing a communal nesting ground.

Scientists said on Thursday the fossils include more than 100 dinosaur eggs and the bones of about 80 juveniles and adults of a Jurassic Period plant-eating species called Mussaurus patagonicus, including 20 remarkably complete skeletons. The animals experienced a mass-death event, probably caused by a drought, and their bodies were subsequently buried by wind-blown dust, the researchers said.

“It is a pretty dramatic scene from 193 million years ago that was frozen in time,” said paleontologist Diego Pol of the Egidio Feruglio Paleontological Museum in Trelew, Argentina, who led the research published in the journal Scientific Reports.

Mussaurus, which grew to about 20 feet (6 meters) long and about 1.5 tons, possessed a long neck and tail, with a small head. It was bipedal as an adult but newborns were quadrupedal. Mussaurus lived early in the Jurassic, the second of three periods comprising the age of dinosaurs. It was a relatively large beast for its time – much bigger than contemporaneous meat-eating dinosaurs. Dinosaurs became true giants later in the Jurassic.

“The site is one of a kind,” Pol said. “It preserves a dinosaur nesting ground including delicate and tiny dinosaur skeletons as well as eggs with embryos inside. The specimens we have found showed that herd behavior was present in long-necked dinosaurs since their early history. These were social animals, and we think this may be an important factor to explain their success.”

The animals were found to have been grouped by age at the time of their deaths, with hatchlings and eggs in one area while skeletons of juveniles were clustered nearby. The eggs were arranged in layers within trenches. Adults were found alone or in pairs.

This phenomenon, called “age segregation,” signals a complex social structure, the researchers said, including adults that foraged for meals and cared for the young. The researchers suspect that members of the herd returned to the same spot during successive seasons to form breeding colonies.

“The young were staying with the adults at least until they reached adulthood. It could be that they stayed in the same herd after reaching adulthood, but we don’t have information to corroborate that hypothesis,” said paleontologist and study co-author Vincent Fernandez of the Natural History Museum in London.


Herd behavior also can protect young and vulnerable individuals from attack by predators.

“It’s a strategy for the survival of a species,” Fernandez said.

The oldest previous evidence for dinosaur herd behavior was from about 150 million years ago.

The nesting ground was situated on the dry margins of a lake featuring ferns and conifers in a warm but seasonal climate. The eggs are about the size of a chicken’s, and the skeleton of a hatchling fits in the palm of a human hand. The adults got as heavy as a hippo.

A scanning method called high-resolution X-ray computed tomography confirmed that the embryos inside the eggs indeed were of Mussaurus.

Mussaurus was a type of dinosaur called a sauropodomorph, which represented the first great success story among herbivorous dinosaurs. Sauropodomorphs were an evolutionary forerunner to a group called sauropods known for long necks and tails and four pillar-like legs.

The largest land animals in Earth’s history were the sauropod successors of sauropodomorphs, as exemplified by a later denizen of Patagonia called Argentinosaurus that reached perhaps 118 feet (36 meters) in length and upwards of 70 tons.

(Reporting by Will Dunham in Washington, Editing by Rosalba O’Brien) 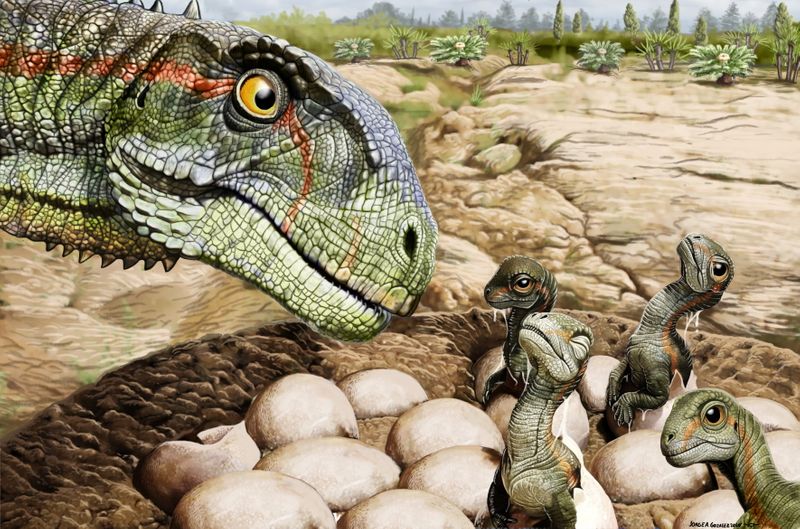 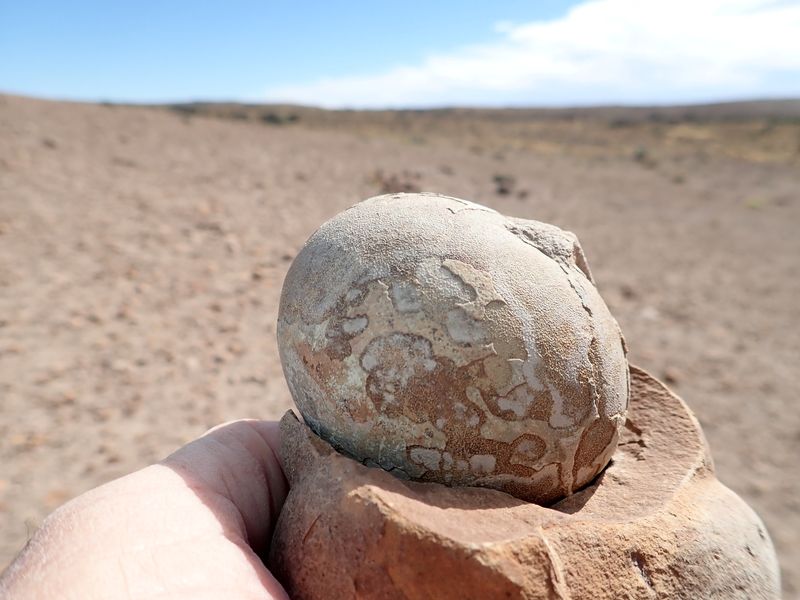 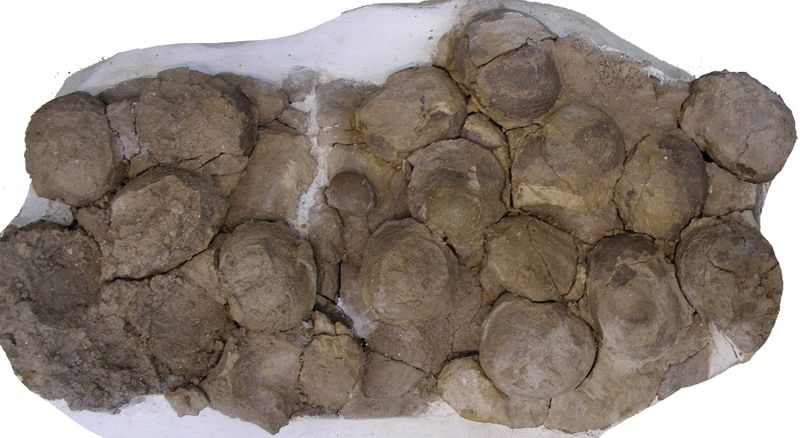