PARIS -French spirits maker Pernod Ricard said it expected good sales growth to continue through its 2022 fiscal year, although it could moderate a touch, after strong demand in China, the United States and India helped it deliver a forecast-beating 20% growth in the first quarter.

Pernod, the world’s second-biggest spirits group behind Diageo, said consumption by people staying at home remained resilient, while the re-opening of bars and restaurants also lent support. Travel retail was still subdued although the company benefited in the quarter from a low comparison base.

“We give a qualitative guidance. We are confident but we need to go through Christmas and the Chinese New Year (to have more visibility),” Chairman and Chief Executive Officer Alexandre Ricard told Reuters by phone, when asked if he was comfortable with average analysts expectations of 9.7% sales growth for the full year.

Pernod expected “good sales growth to continue through the year”, he said. It benefited in the first quarter from a low year-earlier comparison base, which would progressively become less favourable, Ricard added.

The strong start to the year reflected in a 9% sales jump in the United States, Pernod Ricard’s top market, with good replenishment ahead of the festive season and a rebound in demand for Jameson Irish whiskey as bars and restaurants reopened after COVID restrictions were eased.

In China, sales jumped 22%, driven by demand during the Mid-Autumn Festival and Martell cognac price hikes.

“The Mid-Autumn Festival went well and our inventory level is healthy,” Ricard said.

China contributes around 9% to Pernod’s sales and is its second-largest market.

Global travel retail sales rose 55% year-on-year, returning to growth in all regions and benefiting from a very favourable comparison base. 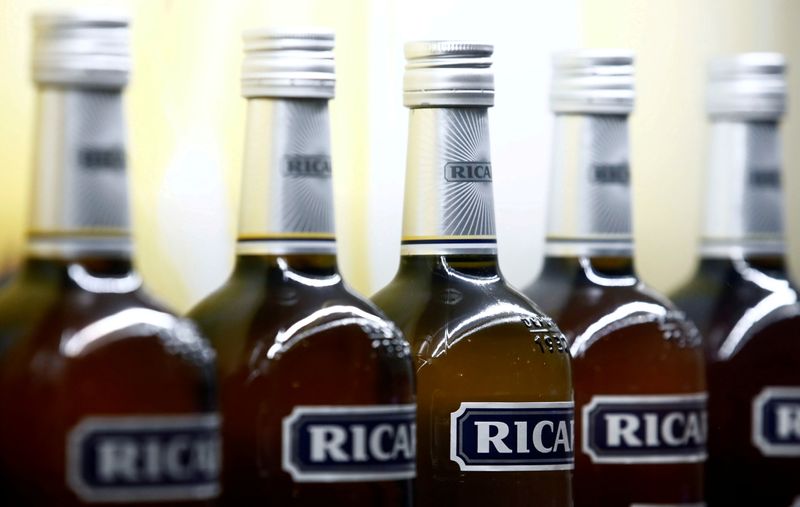