By Michaela Cabrera and Ingrid Melander

PARIS -A private, anonymous U.S. collector bought the fossilised remains of ‘Big John’, the largest triceratops dinosaur ever discovered by paleontologists, for 6.65 million euros ($7.74 million) at a Paris auction on Thursday.

Big John – named after the owner of the land where the dinosaur’s bones were found – roamed modern-day South Dakota more than 66 million years ago.

“It’s being acquired by an American collector, and that individual is absolutely thrilled with the idea of being able to bring a piece like this to his personal use,” said Djuan Rivers, a representative for the buyer.

The first piece of bone from the supersized skeleton – the skull alone is 2.62 meters long and two meters wide – was found in 2014.

By 2015, paleontologists had unearthed 60% of the skeleton, a rare feat, made of over 200 pieces which were painstakingly put together in Italy, to prepare for the Paris auction.

The skull showed a traumatic lesion, which researchers said was likely the work of another triceratops striking it from behind.

“The history behind this and the curation of it is absolutely impressive, so to be able to be a part of preserving something of this nature that was actually found in the U.S., in South Dakota, is also something extremely special,” Rivers said.

The hammer price at the Drouot auction house, before commission and other costs, was 5.5 million euros. Drouot had estimated the skeleton would fetch between 1.2-1.5 million euros. It sold to an unidentified private U.S. buyer. 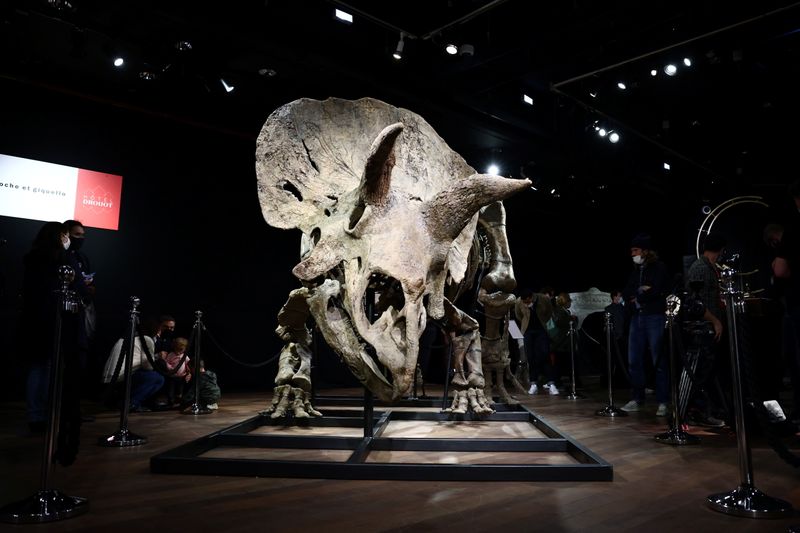 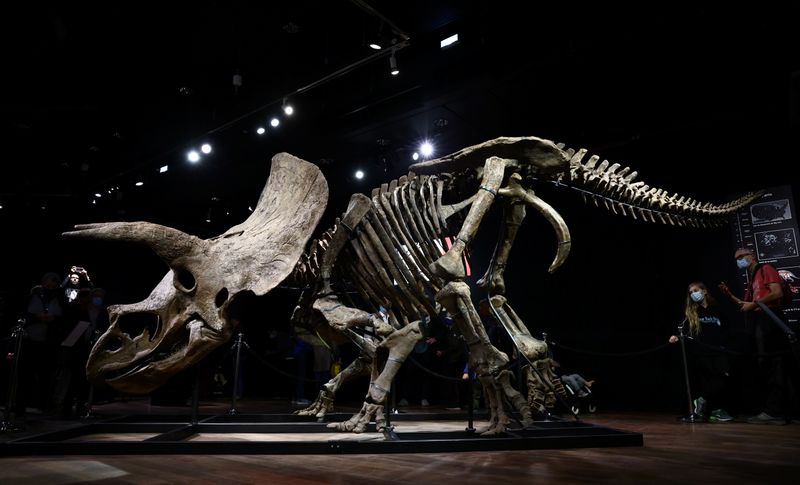 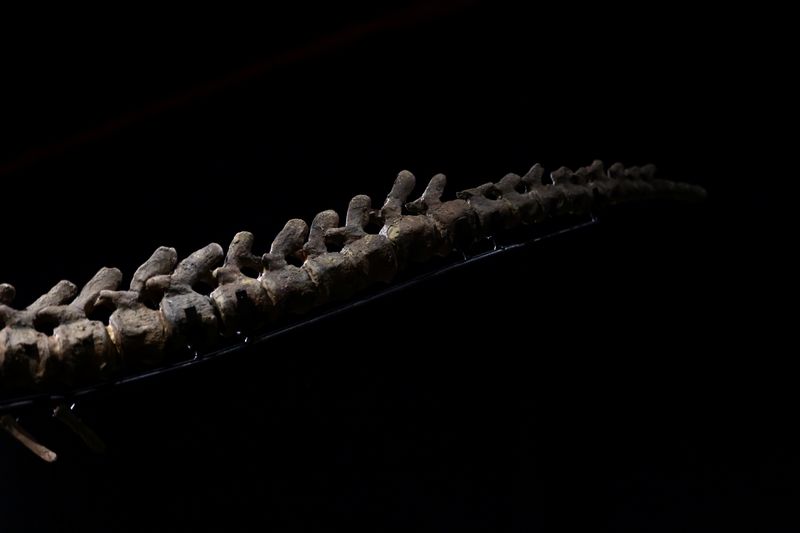 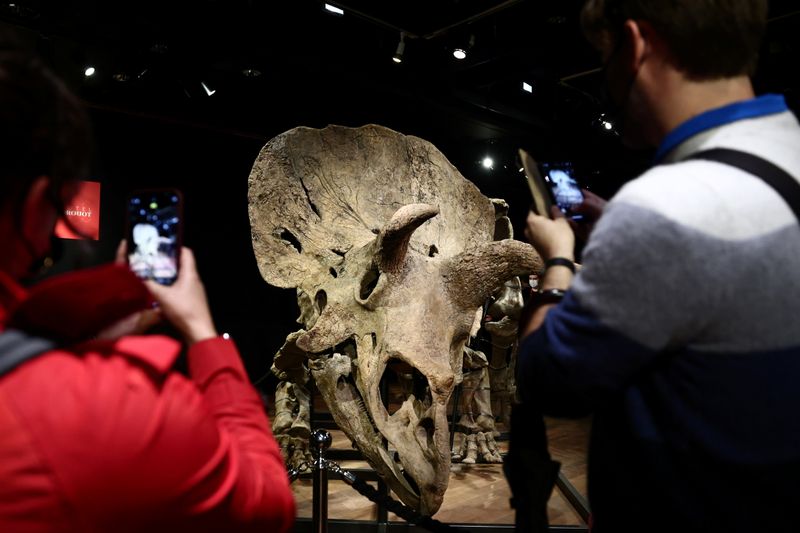 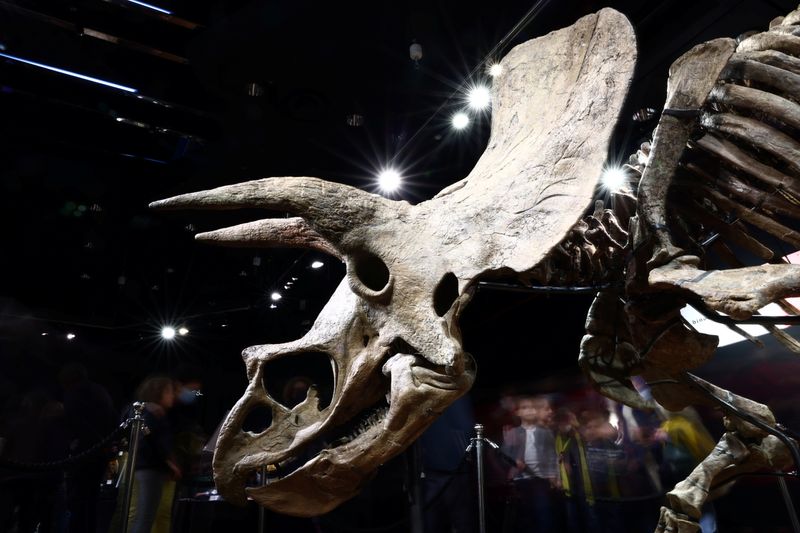