LA PALMA – The Spanish drone company trying to rescue three dogs trapped near an erupting volcano on the island of La Palma has found no sign of the animals, but discovered human footprints in the ash-covered no-go area, and a message: “The dogs are fine”.

Images of the emaciated dogs captured from a drone this month have provoked an outpouring of support from animal lovers across Spain, triggering the rescue mission, donations and other initiatives.

A picture of a banner circulating on social media, saying in Spanish “Be strong La Palma. The dogs are fine. A-Team”, hinted that the dogs may have been moved. The drone team confirmed they could see part of the message from the skies.

“The banner is really there, only overturned by the wind, and we saw human footprints, so we understood that the dogs had been gone for some days,” Jaime Pereira, CEO of drone operator Aerocamaras, told reporters on Thursday.

He said infrared temperature measurements of the lava surface surrounding the yard where the dogs had been stranded for weeks showed it had cooled off in some places to 40C-70C (104F-158F), making it possible for someone to walk to their rescue.

“We knew something weird was going on as we checked all the areas where they could have been hiding and discovered nothing. Now we only want to see the dogs, to verify that they are well and are the same ones we’ve been looking for,” Pereira added.

They had been fed by smaller drones dropping packages of food, but until now no one had been able to retrieve them.

Aerocamaras had been planning to send a 50 kg cargo drone equipped with a remote-controlled net to try to trap the dogs, one by one, and fly them out over the lava.


The Cumbre Vieja volcano started spewing red-hot lava and ash on Sept. 19, with the eruption showing few signs of abating so far after destroying some 2,000 buildings and forcing thousands to leave their homes. 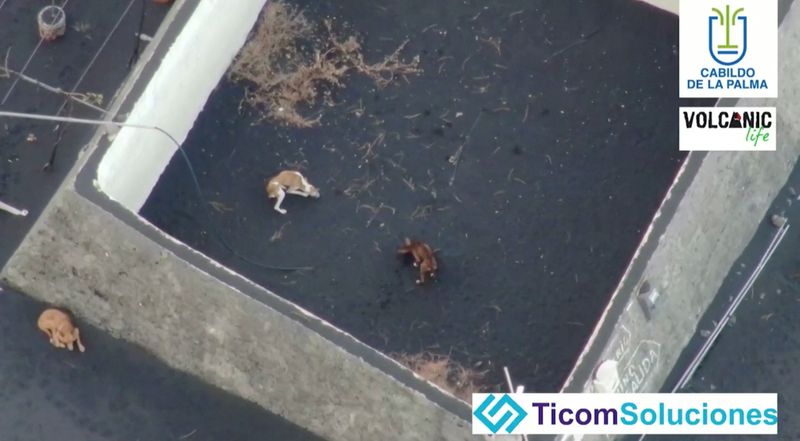 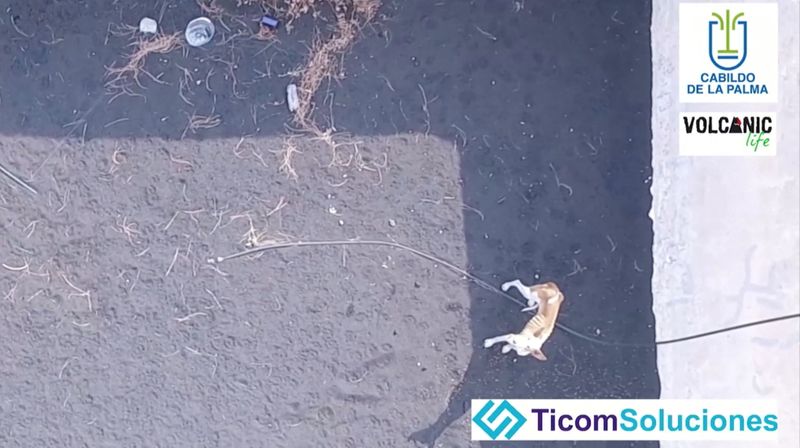