OTTAWA – Members of Toronto’s police, the largest municipal force in Canada, will be placed on unpaid leave if they do not provide proof of complete inoculation against COVID-19 by Nov. 30, officials said on Thursday.

The move is the latest announcement in a crackdown by professional bodies across Canada. The police force said 90% of members had disclosed their vaccine status and of those, 94% had received two shots.

The Toronto Police Service employs over 5,500 officers and more than 2,200 civilian staff.

“Effective on November 30, 2021, any member … who has not disclosed their vaccination status or is not fully vaccinated against COVID-19 will have rendered themselves unable to perform their duties. These members will be placed on an indefinite unpaid absence,” it said in a statement.

“The safety of our workplaces and the health of our members is of critical importance to the Service.”

Canada’s federal Liberal government said https://www.reuters.com/world/americas/unvaccinated-federal-workers-canada-will-be-put-unpaid-leave-globe-mail-2021-10-06 earlier this month it would place unvaccinated federal employees on unpaid leave if they had not proved their inoculation status by Oct 29.

Public broadcaster Canadian Broadcasting Corp said on Thursday it had set a Dec. 1 deadline for all staff, contractors, producers, vendors and guests to be fully vaccinated.

Toronto’s Hospital for Sick Children placed 147 of its employees on unpaid leave on Thursday for failing to submit proof of full inoculation, a spokeswoman said.

The Ottawa Hospital, one of the biggest in Canada, has told 318 staff they will be put on unpaid leave unless they get fully vaccinated by Nov. 1, a spokesman told CTV news on Thursday. 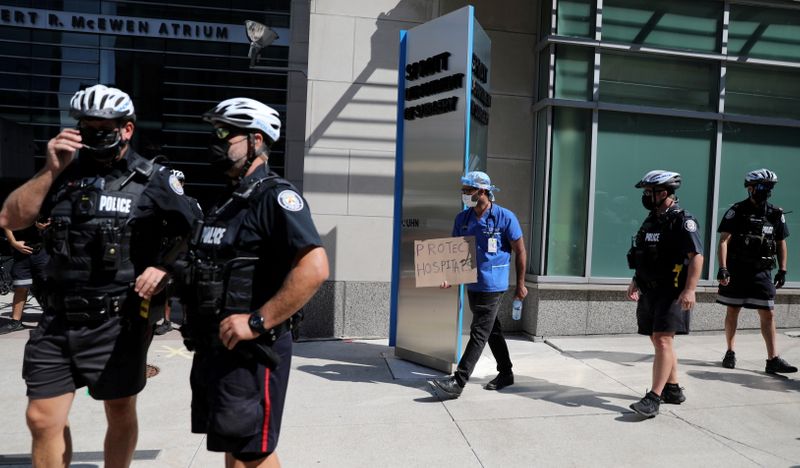